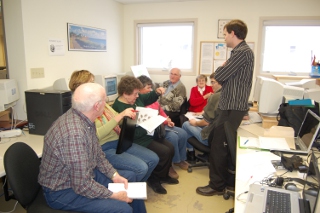 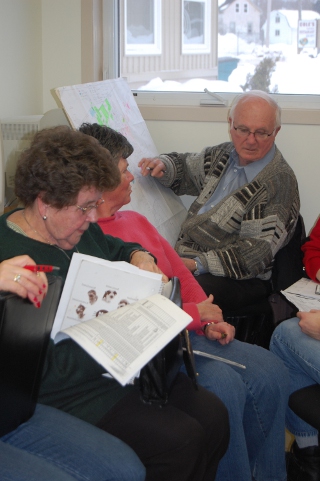 The Kensington Senior Surfers Computer Club was established in 2003 with the objective to increase seniors’ computer skills, and to reduce social isolation during the winter months. From the beginning the Club has immersed itself in projects such as digitizing historic scrapbooks, utilizing genealogy software, and the current heritage home project. The partnership between the Kensington Senior Surfers and the Island Narratives Program has exceeded all expectations. The seniors successfully drafted and initiated this project so the research was already well in motion by the time that the Island Narratives team started. The first phase of the project involved researching land registry deeds at the Provincial Registry Office. Perhaps one of the most important steps in any heritage home research is to determine the history of ownership, and legal documents regarding land registry is one of the most official methods. From December 2010 to March 2011 three Island Narratives researchers worked in conjunction with the Senior Surfers at Access PEI’s Registry of Deeds Office. Approximately 300 properties were searched with some difficult properties taking upwards of five hours to complete. 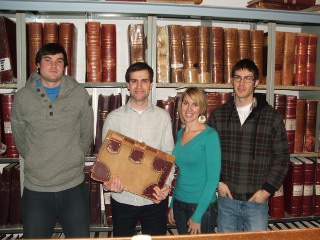 The original Island Narratives team consisted of coordinator, Colin MacIntyre, who graduated with a MA in Island Studies from the University of Prince Edward Island during the course of the project. Jason Campbell, Accounting Technology, Holland College; and Nic Pharro, BBA from the University of New Brunswick. The team was also supplemented by two other short-term researchers, Heidi Martin and Jamie Grady.