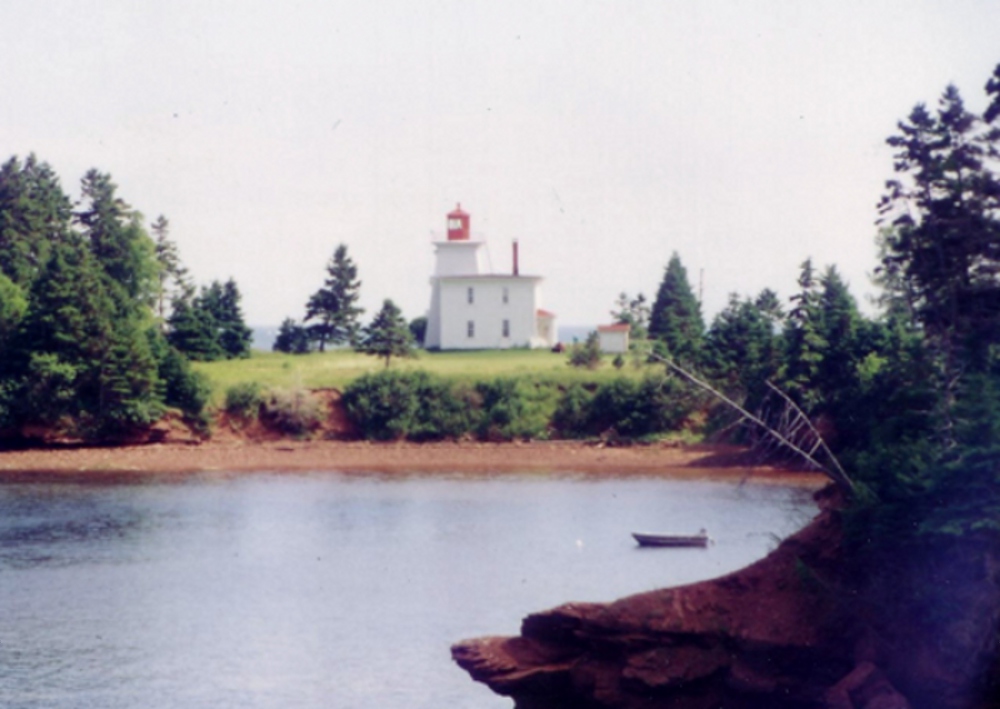 The Afton area includes the communities of New Dominion, Fairview, Rocky Point, Rice Point, Nine Mile Creek and Cumberland, as well as the Abegweit reserve at Rocky Point and the historic Port La Joie—Fort Amherst. The first inhabitants of this region were nomadic Mi’Kmaq hunters and fishers who periodically resided at Rocky Point and St. Peter’s Island. The second group of people in the area was a French expedition who attempted to develop a permanent colony for the Comte de St. Pierre in 1720. This failed colony was deserted by 1725. A second wave of French occupation came a decade later under the leadership of Commandant de Pensens at Port La Joie. The original garrison’s buildings and the surrounding homes were destroyed after English troops from Louisbourg deported the French settlers in 1758.

On the site of the former Port La Joie, Fort Amherst was erected. The British government sent Samuel Holland and his crew to survey Prince Edward Island in 1764. The current Afton area was determined to be Township Sixty-Five and was incorporated in the Prince Edward Island lottery in England. In 1800, the land was sold in Charlottetown for quit-rents to General Fanning and Mr. Cambridge for thirty-nine pounds. Around this time, many Scottish and Irish immigrants landed in the area. The descendants of these settlers still make up a majority of Afton’s population.

Take a walk through history while absorbing some of Afton's historical features. There is an extensive digital collection of photographs and articles, as well as oral accounts from past and present community members. The community has gone above and beyond with contributions to the collection, which has added an organic and raw dimension to the project. Although life in the rural community has changed drastically over the years; Afton has continued to retain its simplicity and charm.