The following is a collection of information regarding the schools that have served the communities of Grand Tracadie and its surrounding areas.  Though the topic of free education had been buzzing around P.E.I. since the late 1700’s, it wasn’t until 1852 that The Free Education Act passed, and PEI schools became public with Government funding.

Since then there have been several schools located within the area of Grand Tracadie and Tracadie Cross.  Grand Tracadie itself has had approximately four different schools that have housed their children since 1828.  Tracadie Cross has had three, plus another in Blooming Point.  It is also interesting to note that in the 1800's and early 1900's the schools use to vacation for the planting of the crops in the spring, and for harvest in the fall.

The very first school established in Grand Tracadie was built in 1828.  This school stood about halfway between the Harbor Road and the Western Road to Stanhope.  The school was on the North side of the road, near where the Watts Road exists today.  The Grand Tracadie School was located on the property owned by a Mr MacDonald and a Mr. F Watts.  Grand Tracadie's first school was a one room school house constructed of logs.[1]  The exact date it was replaced is unknown.

The second school in Grand Tracadie was built on the same rise of land as the first, the date unknown.  However, we do know that it was more elaborate than the first constructed out of boards and shingles, rather than logs.  This second building would eventually be destroyed by fire; it is of interest to note that Miss Margaret MacLaughlin was the teacher at the time of the fire, which would place the time of the destruction at about 1870.  Terrance Campbell, later Rev. Campbell, also taught at this site.[1] 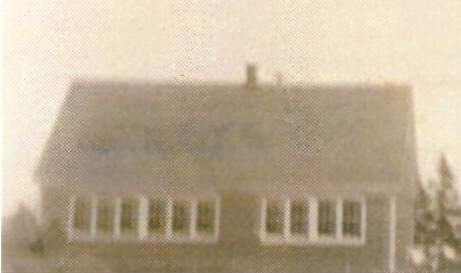 After the second Grand Tracadie School was destroyed by fire, a third school was built on the same original site to replace it.  This school was initially built as a one room school house until the community needed more space for the growing student population.  So the school had a piece built on and was converted into a two room school house.  This third school remained on the original site until 1935, when it moved directly across the road, to the property currently owned by Francis MacDonald (nee Clow).  In the early 60’s the school and its 1.5 acres of land went up for auction and was purchases by Jim McNabb for $900.00, he was the only bidder.  He used the building for storage and as garage until he eventually re-sold the building and land. [2] 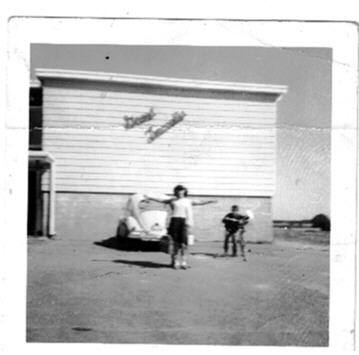 Grand Tracadie outgrew their two room school house when they were joined by students from Pleasant Grove in 1960.  So in 1960 a new three room school was built.  This fine, new, modern, school taught all grades and was located on the Harbor Road where it is still located today.  In 1961, the school was still growing and so a fourth room had to be added.  In 1985, Sr Gemma Dunn was the principal for both Grand Tracadie and Stanhope School, but it wasn't long before the Stanhope children transferred and attended Grand Tracadie as well.[3]  This school was unfortunately closed in 2009 and the children of Grand Tracadie started to attend L.M Montgomery School.  The building itself has since been taken over by the community and operates as a community centre and C@P site. 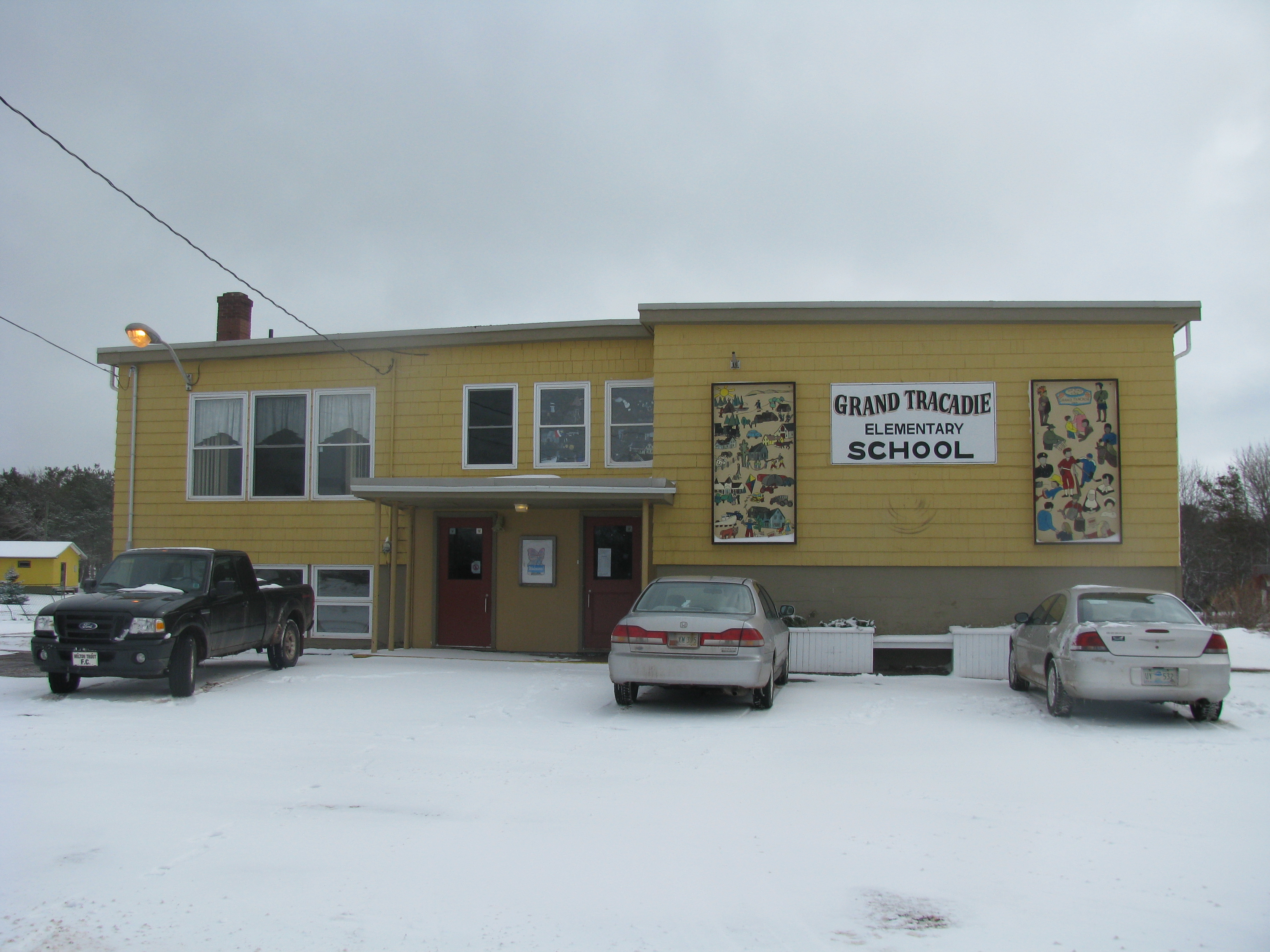 This original school was abandoned in 1898 so a new one would be built.  The new Glenaladale School was built in 1899 and it was located just down the road, directly across from where the end of Chapel Lane meets Blooming Point Road.  The new school was a one room school and the children were taken to school by Avalin Doucette.  This school taught grades 1-10 and in 1942, under the request of Rev. Kenneth MacPherson, two sisters came to teach at Glenaladale.  The pioneer teachers were Sister Margarita (Agnes Kelly) and Sister John of the Cross (Jeanette MacDonald).  Sister Carmelita Soloman came to teach at Glenaladale in 1943 and she also began to teach piano lessons after school, which put Tracadie on the musical map of PEI.  As the school grew, grades 1-7 were taught in the Glenaladale School at the end of Chapel Lane and grades 8-10 were taught in the Credit Union office upstairs in the Parish Hall (the original Church of St. Bonaventure).

In 1946 the Glenaladale School was moved behind the hall (the original Church), close to where the convent currently stands.  This move made things much more convenient for the sisters who were teaching at the school.  The school's population continued to grow and soon they needed more room.  In 1946, after the school was moved, a second room was built on to the school.  While awaiting the completion of the new classroom, classes were held in both upstairs and downstairs of the credit union office.  Even after this expansion, there was still a need for more room and so in 1952 there were 3 classes, 2 in the school and one in the convent. 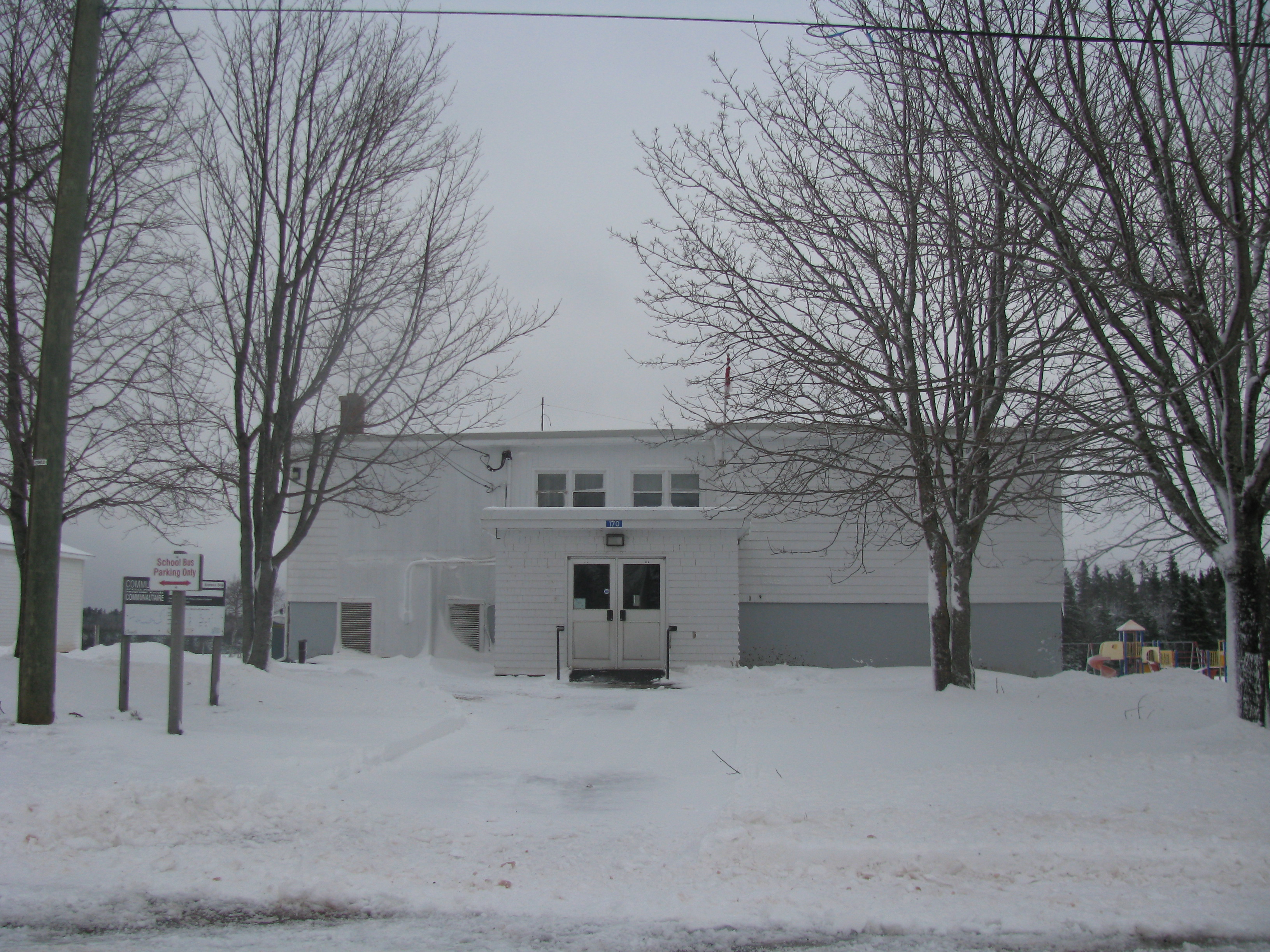 In 1960, more space was still needed because of the community growth, as well as students from other communities attending Glenaladale because of the great teachers.  A school with five classrooms and space for special things like music was built.  This school was named Tracadie Cross and still stands today.  Tracadie Cross was a consolidated school and began to take in students from Afton Road, Blooming Point, Glenroy and Ten Mile house; and the later part of Donaldston.  These students joined in 1960 when the school opened and this is when buses began to transport the students to Tracadie.  A few years later, in 1967 the grade 9 and 10 students were enrolled in Morell Regional High School.   All of the students were taken care of now except for children who were kindergarten age, so in 1970 the Sisters opened a kindergarten class (in the fall) and the class was held in the community center in Scotchfort.

In 1972 there was talk of school closures and Tracadie was on the list of the schools to be closed.  Sr. Laura McCabe opposed the school closure, and won.  In 1973 the “old school” was closed and mobiles were added to the Consolidated school.  Since the school remained open, it was apparent that renovations needed to be done, so in 1989 major renovations and additions were done.

Unfortunately in 2009 Tracadie lost the battle in an Island wide small school closure bill, so the students then were transferred to Mount Stewart Consolidated.

Blooming Point School was located at the North end of the Blooming Point Road.  It was number 73, which means it was likely the 73rd school built on the Island.  Students from Blooming Point North and Point Deroche attended Blooming Point.  It was originally a one room school house; however a second piece was built on in the early 1800's or late 1700's (it isn’t known for sure).  Joe Roddy MacDonald's grand uncle was involved in the expansion from a one room school to a two room school.  The school closed in 1960 at which point the students were sent to attend Tracadie Cross Consolidated.  The old Blooming Point School House has since been bought, renovated and is now a summer cottage.  It still stands on its original land, which was owned by Billy Ellis when the school was originally built.  At one point it was owned by Alex Rattery, and the MacDonald family. 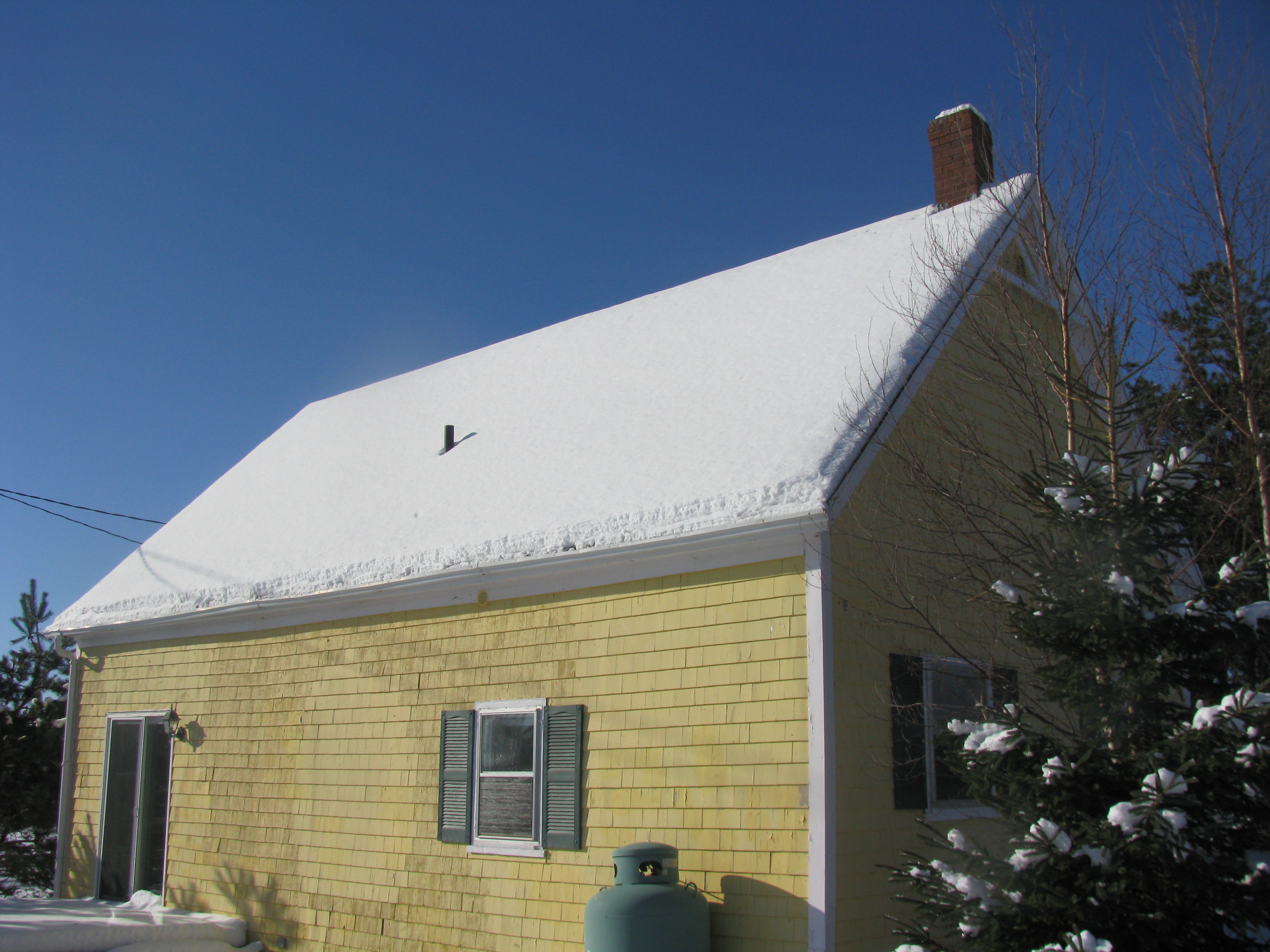 The Millcove School, #153, has its origins in the 1830’s.  It was operating by 1943 but only for about a year, according to some school visitors lists, and had approximately 30 pupils enrolled in the school.  The teacher at the time was Angus MacLean.  There are records of the school from visitor records, however some years the school was unmentioned.  The number of students ranged from 36 to 50 during the 1800's but there was only one teacher for all of these students.

In 1900 it was mentioned that there was a new school needed in Millcove, and in 1904 a new school was built.  It is said that the old schoolhouse was moved up to Peter McQuaid's and became a part of their home place, which unfortunately burned in the 1940's.  In 1917 a Visitor's report stated that the school needed to be updated.  So in 1923 the walls were painted, new floors laid and interior updated with new chalk boards ect. 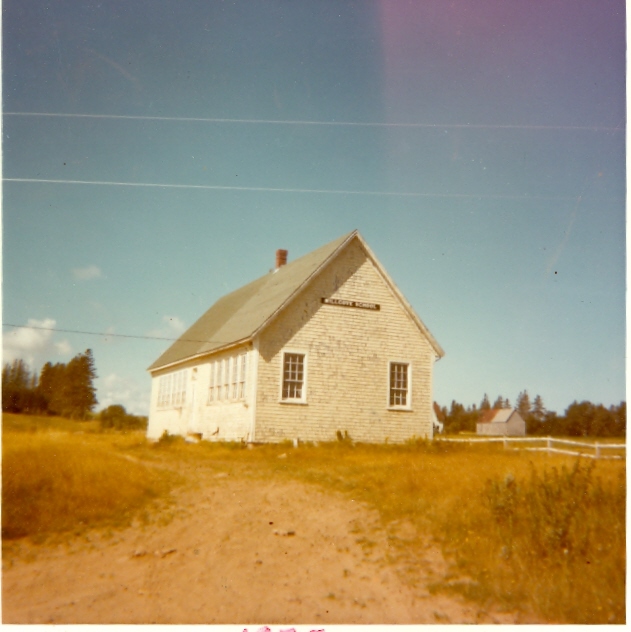 In the fall of 1956 Millcove School was opened as a two room schoolhouse and so the additions must have been completed during the previous summer.  In 1959, The Sisters of St. Martha were invited to teach at Millcove School.  Some of the sisters who stayed at the Regina House were then assigned to teach at Millcove when possible.  The school was closed in 1970, due to the consolidation program.  After the closure students from Millcove attended Grand Tracadie, while students from Bedford attended Tracadie Cross.[4] 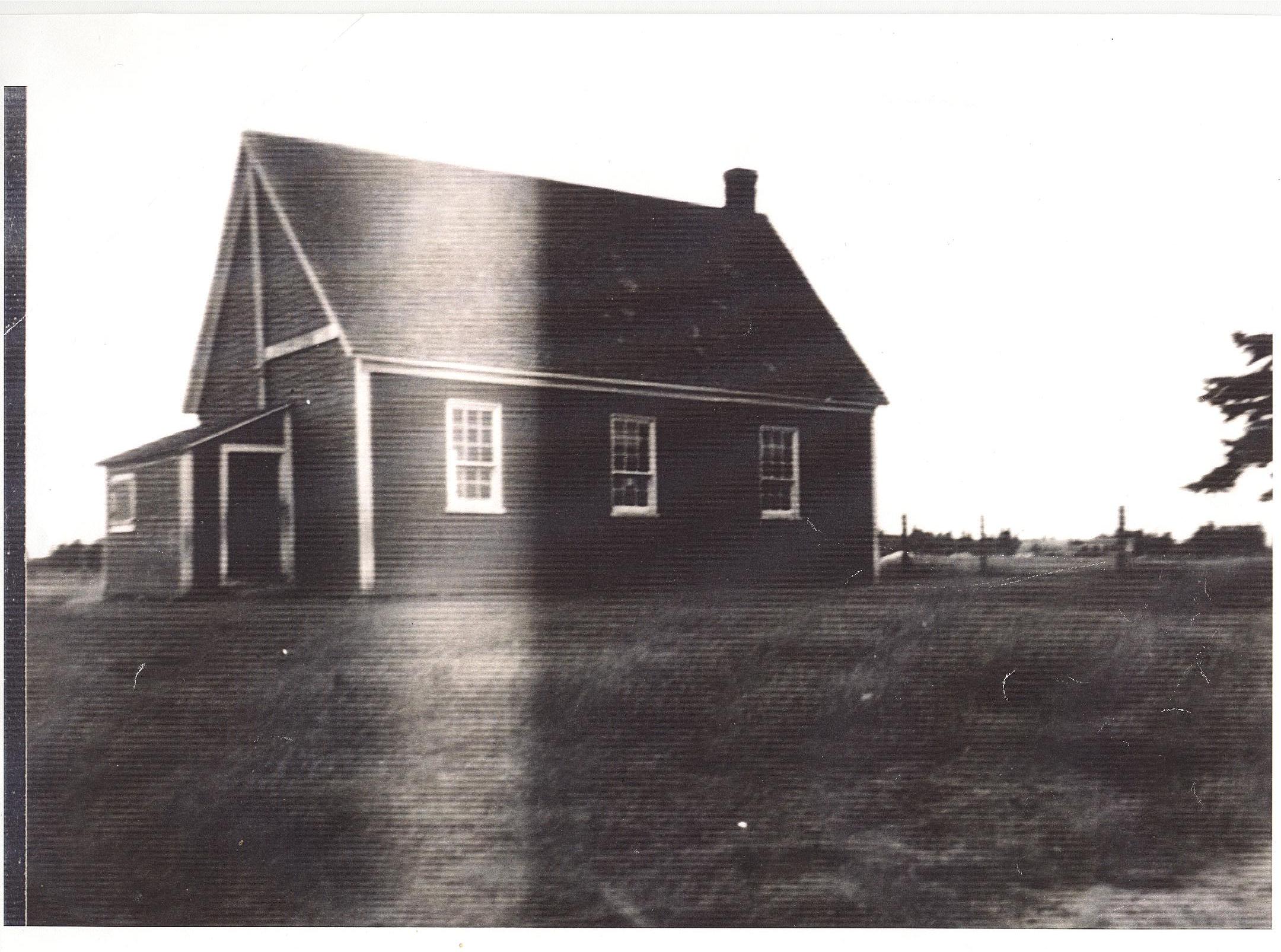 The Donaldston School stood at the corner of the Dougan road and the Donaldston Road.  It is interesting to note that the students would play inter scholastic sports versus the students of Millcove school because of their close proximity.