Many Veterans are reluctant to speak of their traumatic and difficult experiences of their involvement in the war. To bring up such painful memories from over 50 years ago is understandably a difficult thing to do. One local Veteran of Kensington, Wally Thompson was an exception to this and provided a few cheerful memories of his time spent overseas during the Second World War. Wally joined the Army in Beach Grove Prince Edward Island and was only there 2 weeks before they sent the draft overseas, where he would later do his basic training.  His Division participated in the Dieppe Raid in August 1942, The Liberation of Antwerp, Belgium, and the D-Day Battle on June 6th, 1944. During the Liberation of Antwerp in Belgium 12,000 men were lost in 28 days.

When Thompson was nineteen years old, one of his duties in the war was a “DR” which involved driving a motorcycle. He would often lead the way if they were in a convoy and once drove 5 countries in one day: Germany, Holland, Belgium, France and England. Being issued a new BMW motorcycle in France, Wally was “actin’ smart,” when he saw some guys sitting around a fire inside of a bomb hole in the ground. Trying to drive around the hole, the bank gave away and his motorcycle landed in the middle of the fire and he was thrown off. Luckily Thompson had a good Major and the report came out saying “motorcycle lost due to enemy fire.” 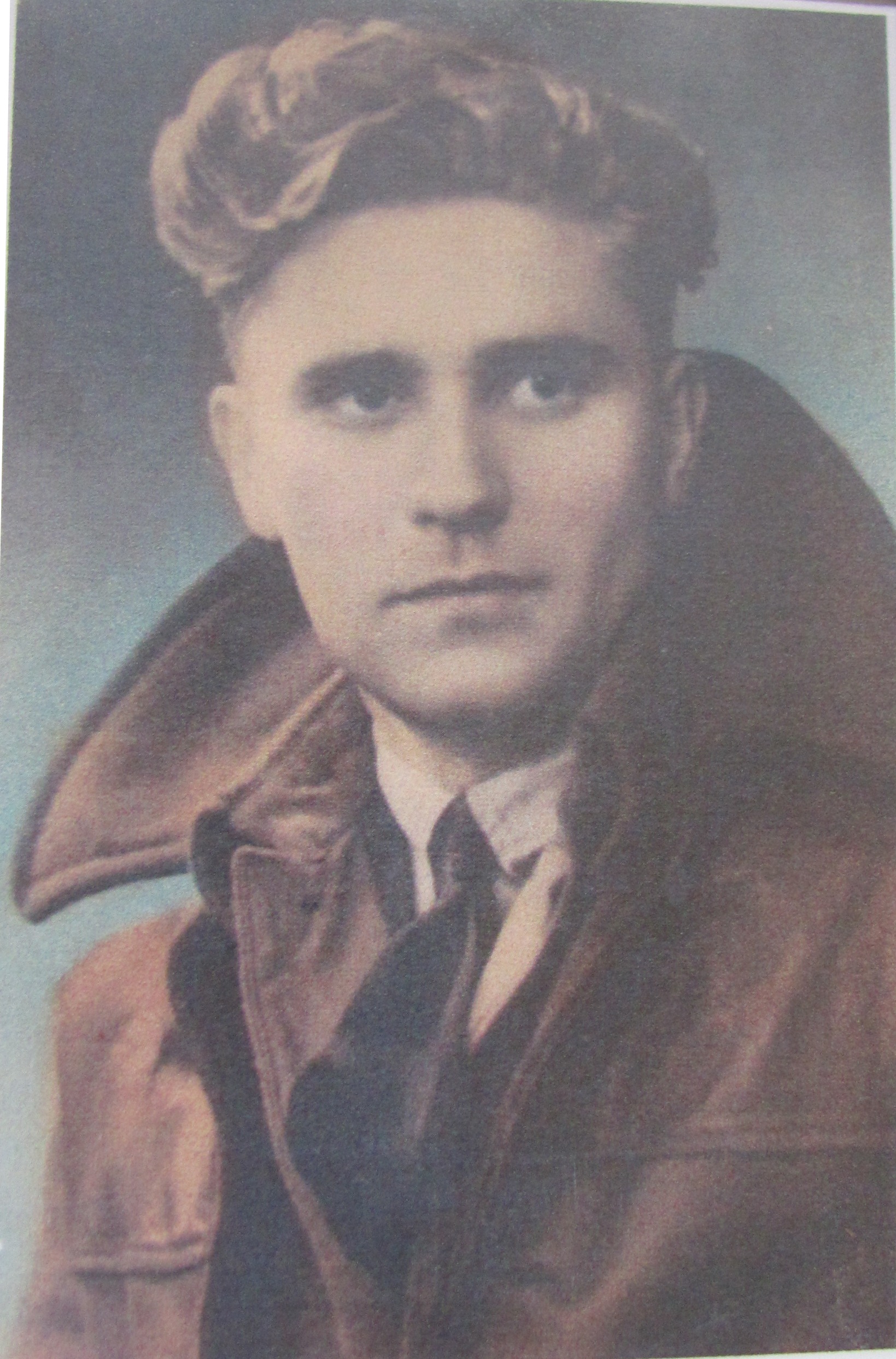 On a day off from duty, Thompson and one of his counterparts heard there was a wine tasting in Bremen, Germany so they took the truck and off they went. The British Second Army was fighting in Bremen and the two men didn’t get to the wine tasting but found a mouth organ factory instead. They loaded the truck up with mouth organs and everyone in that division had a mouth organ, “And by God there were some good double reed ones.”

Wally returned home to Prince Edward Island after the war and was on board the “Queen Lizzy,” with 22,000 other people. Due to a strike in Halifax the boat was docked close to the Statue of Liberty in Manhattan around 6pm. With all of the people on board, unloading the ship took a long time and Thompson did not get off until 2am. He was then taken to Grand Central Station and recalls many men getting sick on the ship home from eating ice cream, sliced bread and bacon which they had not had for over 4 years. During the war they were fed mutton that was raised in Australia and if it was not skinned right, Thompson recalls that the meat would taste like wool, “I didn’t want to look a sheep in the face after I got home!” When he finally made it to the Island, Thompson was dropped off in Summerside and hitchhiked home to Kensington.

Upon returning to Kensington, Thompson has remained close to the area ever since. He was married to his wife, Ruth Dalziel on St. Patrick’s Day, 1948 and raised 5 sons. Thompson has, like so many Veterans’s, suffered from the after effects of war but did not lose his sense of humor and enjoys sharing his stories with other generations.[i] 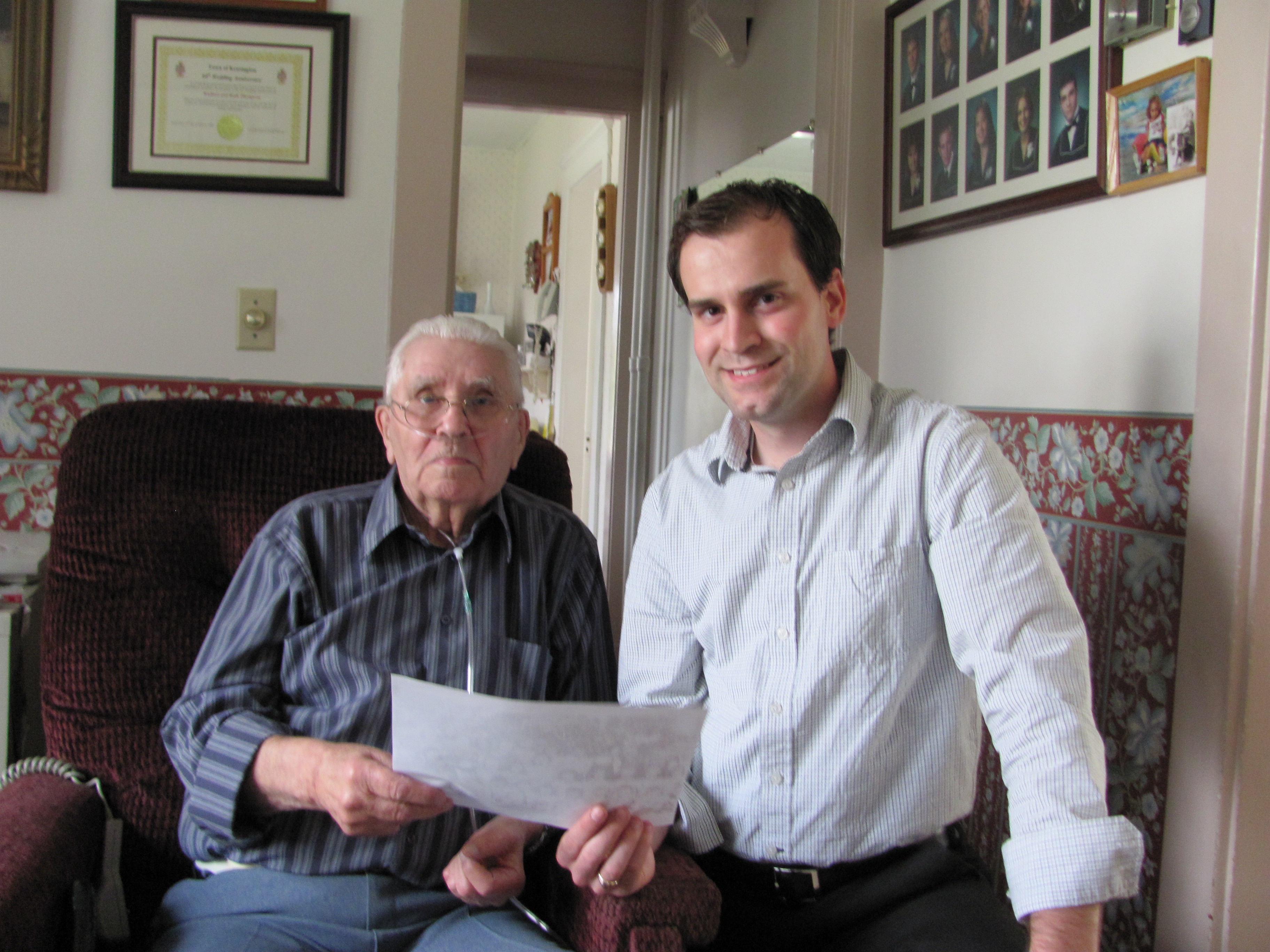