By 1900, the area had growntremendously. The 1901 census recorded 1,916 residents and 366 households in lot 64. Most area residents owned their land, and out of the 366 heads of households about 67% were farmers, while another 15% listed their occupation as fisherman. The rest of the people were scattered across many occupations; there 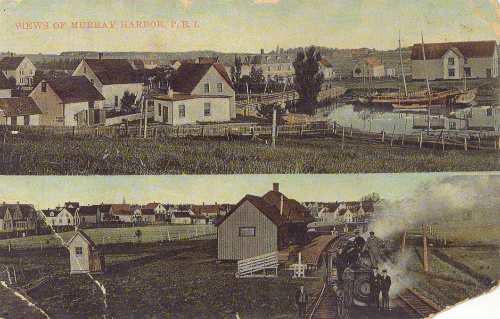 were merchants, shoemakers, a schoolteacher, tinsmiths, mariners, harness makers, carpenters, a mason, a butcher, a doctor, and so on; together, the many professions made for enough expertise to support a self-contained, thriving community.1.

But it wouldn’t be so self-contained for long. The railway was coming to town!

‹ Post-Settlement Sources up The Railway ›