April 22nd, 2011 marked the 60th anniversary of the Kapyong Battle which took place during the Korean War. The Second Battalion, Princess Patricia’s Canadian Light Infantry made a memorable defense position against the Chinese attack along the Kapyong River, near Hill 677 along the route to Seoul. The 2PPCLI was awarded the United States Presidential Unit Citation, the only Canadian Unit to ever be honored with this achievement.[i]

The Korean War began on June 25th, 1950 when North Korean artillery invaded South Korea along the 38th parallel that divided the country. In just a few weeks North Korea had captured most of South Korea and the United Nations Security Council demanded withdrawal and a ceasefire. Members of the United Nations were called upon to provide assistance in restoring stability to Korea. Canada raised an infantry brigade and nearly 8,000 men enlisted to volunteer their service. By December, the Second Battalion, Princess Patricia’s Canadian Light Infantry had more than 26,700 personnel that landed in Pusan to join the Allies.[ii]

The “2PPCLI” made a memorable impression on the Korean War for their bravery during the Battle of Kapyong in 1951. On April 22nd, 1951 in an attempt to take the South Korean capital of Seoul, a battle lasted for 8 days with the Communist Chinese 5th Phase Offensive. The 2PPCLI fought a holding action against the larger Chinese force on Hill 667, near the Kapyong River on April 24th and 25th. This allowed the retreating United Nations soldiers to go back and reorganize the South. The 2PPCLI were an unlikely group to be placed in this crucial position, unlike the soldiers in Korea, the Canadian’s were volunteers and arrived in Korea with very little training. With the attack from the North Korean and Chinese troops the 2PPCLI was ordered to go take a defensive position. There was no time to build bunkers or lay minefields, the only thing the troops could do for protection was to dig slit trenches that could only go down 3 or 4 feet because of the rocky ground.[iii] On the night of the attack, April 24th 1955, the Chinese signaled their attack and after heavy fighting the American support were forced to withdraw from the fight and left the Canadians to continue. During the night the 2PPCLI kept the Chinese from venturing further into Seoul and were relieved the next morning by the American 5th RCT and allowed the Canadians to withdraw. Against 8-1 odds, the Canadians suffered 10 casualties and 23 wounded. Due to their tremendous strength and bravery the Second Battalion, Princess Patricia’s Canadian Light Infantry made history at the Battle of Kapyong.[iv] 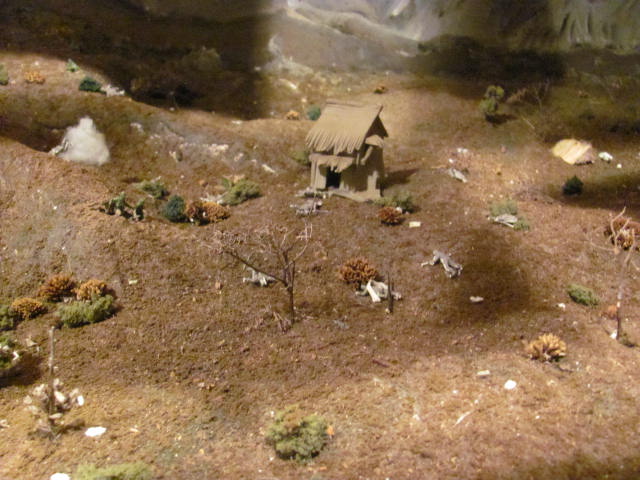 For more information on the Battle of Kapyong see the article "Return to Kapyong," by Dan Black, featured in the July 2011 edition of the Legion Magazine which can be viewed online by clicking here: "Return to Kapyong."