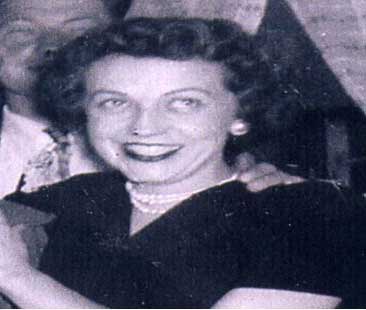 Sadie Georgina Webster known as “Georgie” was born on November 9th, 1926. Another of the talented musical Webster’s that played the piano. She was told by many people that she had an exceptional ability of sounding beautiful on the piano and she was wanted throughout the community to play. She learned to play the piano when she was six years old. Someone said that they had heard that Georgina was playing way before her feet had hit the floor as a child. She would in later years accompany her father Jack to different gigs throughout.

She left for Summerville, Boston to join her two aunts Adeline and Molly at the age of nineteen. There Georgina went to school and became a radiologist. She continued with this career until leaving, feeling it was dangerous with radiation and started to work for a telephone company up until she retired. She married in 1960 to a man by the name of Peter Rigopulos but in later years divorced .Georgina never had children. She would continue to visit home once or twice yearly and stay for weeks at a time. When arrived home it did not take long for word to spread that it was time to have a house party so Georgina could play the piano. It was said “that there was always parties when Georgia was home”. She was also involved in a group in Boston that was all Maritimers and would play frequently with the group. When her brother Jack would be visiting from the island they would all join together to play.

John B can remember his aunt playing and mentioned that Georgina would have the piano just vibrating off the floor. She would place the ashtray on top of the piano as it would be wiggling and the ashtray would shuffle across the piano and just as it reached near the end of the piano she would finish the tune and catch it. She would take a couple drags of the cigarette push the astray back and continue on her way.

Georgina became ill with cancer and moved home before passing away on December 21st, 1990 at the age of sixty five just after retirement. Georgina played the piano up to the time she became too ill to do so. She was buried at St. Andrews church in Cardigan. 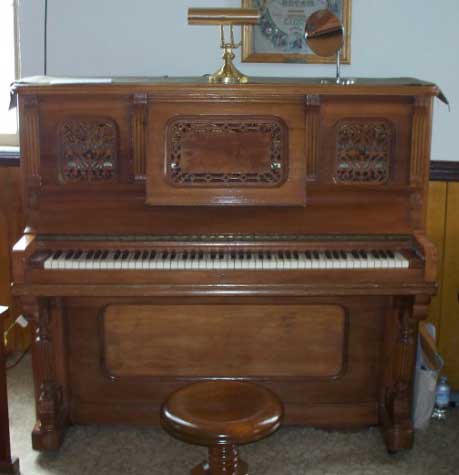 Photo: In this photo is Georgina’s piano that was inherited by Dennis Webster who donated it to St. Andrews church.