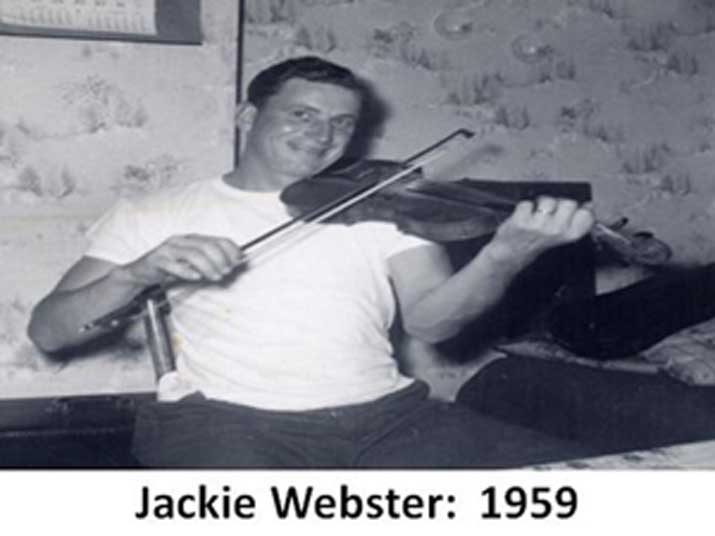 Above: John Melville Webster aka “Jackie”

John Melville Webster who is known to the community as “Jackie” was born August 9, 1972 to parents Jack and Ellen Birt. Jackie can play many instruments including the fiddle, guitar and piano but most commonly known as being an excellent fiddle player. Jackie self-taught himself in his teens and would attend different dances and house parties with his father Jack. In his twenties he would substitute in for Jack at many dances. Jackie was not able to spend as much time as he would have liked playing as he worked for CNR when he was nineteen years old until the trains stopped and then worked in Borden for CN Marine. Jackie worked for CN Marine for twenty – eight years before retiring at the age of fifty – eight years old.

Jackie married Adele Shaw in May 27, 1957 and had four children: John, Hazel, Karen and Danny. Jackie still currently plays and played more recently for his son Danny’s wedding this past January 2011 in Charlottetown. He had also played last fall for his niece Cassie Webster for her bridal shower. Jackie is very quick to pick up the fiddle and play a tune for visitors that visit the couple in Cardigan even still to this day. 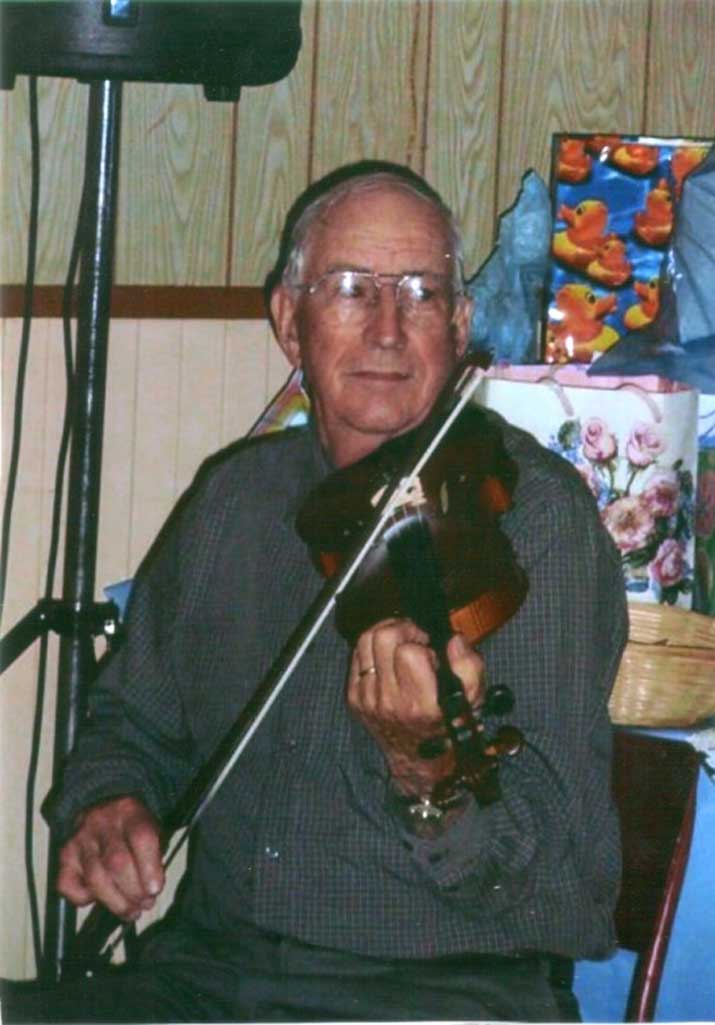 Above: John Melville Webster aka “Jackie” in his older years

Click the link below to hear John Melville Webster play the fiddle in his older years. He only plays for 17 seconds. But it's well worth a listen.

Written by Crystal Callaghan from the memories of Adele Webster