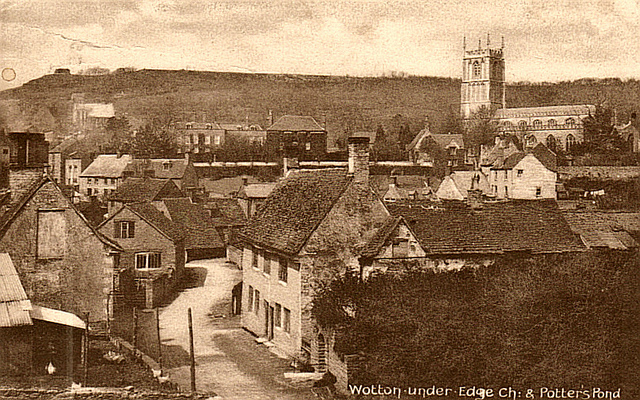 John Cambridge, the founder of the Murray Harbour area, is a somewhat unlikely character. Cambridge was an innkeeper’s son from a small town called Wotton-under-Edge in England. He was trained in carpentry and cabinetmaking, identified as a Quaker and had no apparent wealth or social standing before his time in St. John’s Island. He inherited a bit of money from his father, but when he couldn’t  find his niche in England, he decided to try his luck in the colonies. No one would’ve guessed he would be so successful in his new country, but he may have had an advantage; he had a wealthy brother in law and friends who were willing to invest in his ventures.1.  It was his association with fellow Quaker Robert Clark that led him to St. John’s Island, as he came with his wife Mary and two young daughters in 1784 to act as Clark’s land agent.1, 2.

Although Cambridge was a simple cabinet maker in England, he had lofty ambitions for his life in P.E.I. Within a year of arrival, he’d persuaded partners in England to help him buy land in lot 64, around the mouth of the Murray River.2. This area had all of the ingredients Cambridge needed; it was pure wilderness, with a mix of wood species including large white pines, and was surrounded by water of varying depths. Cambridge likely chose this land because it was perfect for his new venture: building ships.

Within four years in Murray Harbour/River, Cambridge had a new son,1. a saw-mill, many small schooners

that were used to trade with Newfoundland, and two large brigs that he used for long distance trade2. (brigs are ships with two square rigged masts). Unlike many of the large landowners in PEI, he actively recruited people to live on his land, and would sell land to settlers as well as lease it. He was personally involved in recruiting the Guernsey settlers3., and would often load his ships with emigrants after he unloaded his cargos in Britain.4. He had done well with his business and was moving up in the world, but Cambridge had very definite ideas about how things should work both in his business dealings and in the colony. These ideas, and the way Cambridge dealt with them, would both increase his wealth and endanger his livelihood over the course of his time in PEI.

Cambridge often dealt with business problems through the courts, and the first instance of this 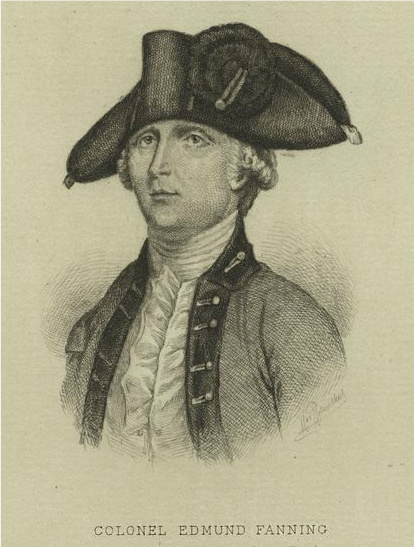 was in 1789, when Cambridge sued his employer, Robert Clark, for wages owed to him. This case would drag on for a decade, but allowed Cambridge to gain control of Clark’s land and assets, which added greatly to his building wealth.2. Cambridge had bigger fish to fry, when, in 1791, he teamed up with a couple of his business partners to try to unseat some officials they considered to be doing a poor job. They petitioned other landowners and brought charges against four high ranking officials (including Governor Fanning) to the Privy Council in London. Unfortunately for Cambridge, most of the signatories on the petition pulled out at the last minute, and the Privy council dismissed the charges. This challenge to the island establishment would prove to be a critical misstep in Cambridge’s career, and almost led to his ruin as the officials responded in much the same way Cambridge likely would have: by suing. All together, the lawsuits filed asked for £55,000 in damages, an unimaginable sum for most people at that time, and a terrible loss even by today’s standards. Luckily for Cambridge, the courts didn't award the full amount to the two officials who won their cases, and the other two were willing to settle with him out of court; At the end of the day, he estimated that the debacle cost him over £10,000. And that was just the monetary costs; he also spent time in jail, and lost the backing of many of his business associates.1, 2.

It was the beginning of a dark time for the Cambridge’s; they wouldn't build another ship for ten years. They were financially wiped out and they had five children to feed (daughter Anna, 4, would die in a years time), but Cambridge had made one very good move: he placed his land in trust, meaning that it was being held for him by someone and couldn't be sold off. He was evicted from his home in Murray Harbour, and Mary’s brother William Winchester bought lot 63, allowing the family to live on it (perhaps in what is now known as the community of Cambridge?!).1. At this point, Cambridge wrote a letter to a friend to ask about conditions in the United States:

My wife and I seems entirely at a loss whether we should attempt to do any business here in future, or to quit the Island entirely, it is very mortifying that our ten years industry should be considered abortive and our all wrested from us…

… my wife and children, the elder of which are getting to years of discretion, having heard a pleasing account of the States of America; and how much more agreeable society are there, to what they are here…….not that we have a dislike to this country far from it….. 1.

It seems that despite Cambridge’s sometimes difficult personality, he was well respected on the Island; officials and friends, including Governor Fanning, encouraged them to stay and rebuild their business.1.In the end, this is what they did, and by 1801, they were building ships again.2. Although there was no way they could have known it at the time, their timing was perfect. The Napoleonic wars were about to begin in Europe, and by 1806, Napoleon was preventing continental Europe from trading with Britain; to maintain their Navy, Britain needed lumber.5. They turned to the colonies to get it, and Cambridge started the practice of building ships, loading them with lumber, and selling both the ship and the lumber in Britain.2. Many would follow his example.

As Cambridge’s business flourished, he decided to take a more hands on approach in his dealings in 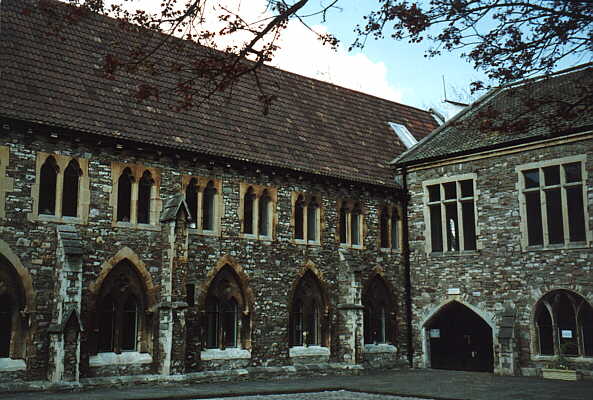 England, eventually moving back to Bristol in his later years with son Artemas, while his wife Mary and his other son Lemuel stayed on the Island to tend to business here.2. Cambridge died in Bristol in December of 1831, at the age of 83, with ownership of almost 1/10th of Prince Edward Island. He was buried in Quaker’s Friars,1. which is now a part of an upscale shopping district in Bristol. On this side of the Atlantic, the communities that he helped to establish have barely any trace of John Cambridge. One small community in lot 63 bears the Cambridge name, but there are no known descendants in the area and in Murray River, Murray Harbour and Beach Point, he has vanished into the history books.

‹ Pre-Settlement References up Other Points of Interest About John Cambridge ›