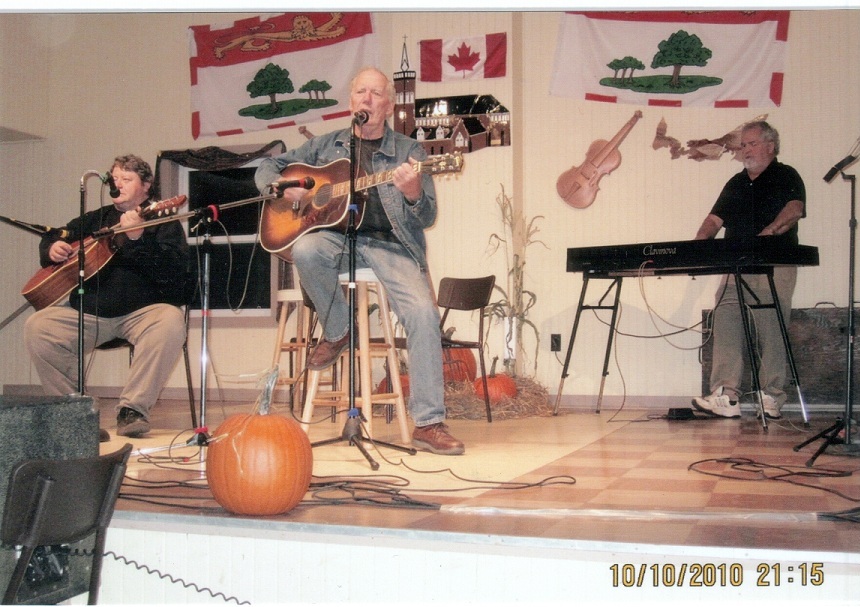 Garth Gillis was born in Forest Hill in 1941 to Alfred Pyke and Thelma Gillis. He grew up in Forest Hill until the age of nineteen and then he moved to Brudenell. Garth is retired now but was a well known businessman and entertainer in the community. He still entertains on the side now that he is retired. He has 4 children and seven grandchildren.

Garth played his first dance in Fortune, and has played at benefit concerts in the community for 30 years starting in 1980 and has taken his sound system to help out. He also played a lot of AA dances on either Friday or Sunday nights and would do about three or four weddings a year. He was late starting with music at the age of 25 with the loan of a guitar, he just picked it up on his own, and there was no music in his family or at home.

In 1968 he went to Toronto and bought his first good guitar, he still plays on it today. He always liked country music and never played anything else, however he can't read music. He takes little recognition for the benefits he played in the community, and instead praises Elmer MacGillvray from Montague. Garth tells us if you wanted to get a benefit going in the community you would call Elmer and Elmer would get the musicians all together and organized. Elmer would do this for years; call musicians like Garth who would then bring his own sound system to the benefit concerts. Elmer's family would often provide the meal for the musicians after the benefit concerts.

Cathy Whitty, Elmer's daughter now does a lot of what Elmer used to do. Garth had a stroke in 1993 and stopped playing until 1998 when he was feeling better. Garth is still doing benefits but on a smaller scale since his stroke, only about 50 a year, Elmer would organize at least three a month. He has a great respect for the other musicians he played with and enjoyed playing with the late Cosmas Sigsworth. Garth has played thousands of dances, concerts, and benefit concerts over the years but has never recorded or played off-Island. Garth has played with many great musicians over the years including Gil Nolan(Steel Guitar), Donnie MacDonald(Harmony, Bass Guitar), David Llewellyn(Drums) and Mel Burs(Lead Guitar) to name a few. He has played under such names as the Garth Gillis Band, Garth Gillis and Friends. He played at dances and always got good crowds so that was all the acknowledgement he ever needed.

Written by Betty-Anne Acorn
from the memories of Garth Gillis