Prince Edward Island’s involvement in the war effort during the Boer War, the First and Second World Wars and the Korean War has been very significant when it comes to Island history. When it came time for young men and women to be called into action, Islanders did not hesitate to contribute to the cause. During each of these global conflicts, Prince Edward Island was involved in some way.

The Boer War or The South African War began in 1899 and ended in 1902. In 1899 fighting began between Britain and two small republics in South Africa. These republics were settled by Boer’s who were decedents of Dutch immigrants. To support Britain’s cause in this conflict, Prince Minister Sir Wilfred Laurier agreed to send volunteers to South Africa.[i] These volunteers were 125 soldiers, three teachers and a nurse from Prince Edward Island who answered the call of war. The Boer War marked the first official dispatch of troops to an overseas war and the excitement was felt across Canada and Prince Edward Island as well. The Island would suffer two casualties in South Africa that were felt across the island. However, the true horror of war was yet to come.[ii] 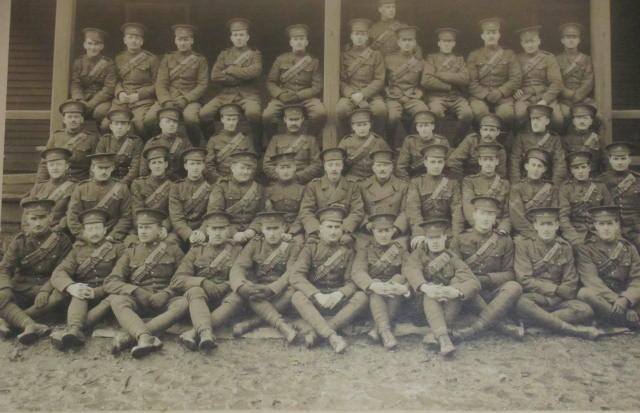 In August of 1914, Canada joined the war effort along with Britain. The following day saw the first of many Island soldiers to head overseas, artillerymen from the 4th Regiment Canadian Garrison Artillery were among the first to set sail off to war from the harbor in Charlottetown.[iii] By November 1914, Island military officials raised an artillery unit that was later designated the 2nd Canadian Siege Battery and over 200 officers and men went to England. Patriotism was felt all over the island and war was seen as an adventure, however the war that was supposed to be “over by Christmas,” lasted over 4 years.[iv] In total, 3,696 people on Prince Edward Island enlisted in the First World War and approximately 400 were killed in action.[v]

With the beginning of the Second World War in 1939, Prince Edward Island’s enlistment rate grew even higher. Over the course of 1939-1945, 49.6% of Island males served in the armed forces, spanning in age from eighteen to forty five.[vi] All of Prince Edward Island was involved in the war effort with rationing put into place in 1942.[vii] Women also became involved by sending care packages through different organizations such as the Red Cross and the Catholic Women’s League. Many women also served overseas as nurses during the war with different branches of the military including the Canadian Women’s Army Corps.[viii] By 1943, it was estimated that over 10,000 islanders had enlisted for war service.[ix] By the end of the Second World War in 1945, it is estimated that over 500 were killed during their service.[x]

Korea is often referred to as “The Forgotten War,” and began in June of 1950. The Second Battalion, Princess Patricia’s Canadian Light Infantry was the first of a contingent of over 26,700 Canadian personnel to serve in Korea during the 3 years of war. The Korean War was the fourth time in the twentieth century that Canada’s young people went abroad to fight for freedom.[xi] At the end of the Korean War, 516 Canadian’s were killed, including 8 young men from Prince Edward Island.[xii]

Prince Edward Island has a long history with War and experiencing the effects of it firsthand. Islanders came together for their country and travelled thousands of miles to fight for the life that we can enjoy today. The Veteran’s Memorial Military Museum in Kensington, P.E.I. acknowledges the sacrifices made by Prince Edward Island soldiers and displays hundreds of artifacts dedicated to their service.