In 1987 a small community known as Tignish, PEI witnessed something that was truly extraordinary and rare; a female blue whale being washed ashore in the Nail Pond area. This whale weighed an amazing 80,000kg and was over 26 m long! However, the blue whale had to be buried for two decades because of the strong odder, and the difficulty associated with unearthing and displaying this giant animal. It took the machine power of four bull dozers and a large farm tractor to drag the blue whale to its grave that was 13 metres deep.

Permission was received in the year 2007 by The Museum of Nature and the PEI Government; allowing the blue whale to be retrieved from PEI’s red soil. The whale was to be used as the main attraction in the newly built Beaty Biodiversity Museum located in British Columbia.

In December 2007 the museum got right to work. They began by sending a team of four specialists to analyze the condition of the whale. They discovered that the whale was preserved very well. This meant that there was a significant amount of flesh, skin and blubber to remove before reaching the bones; along with the bones being left full of oil.

In May 2008 researchers and affiliates from The University of British Columbia travelled once again to PEI to officially retrieve the blue whale for it's long awaited debut. It took the hard and dedicated work from these workers; along with local construction companies, veterinarians, and students from local colleges/universities. A large trench was dug next to the whale by an excavator. Workers used shovels, pick axes, and other tools needed in order to remove anything in the way of the bones. Once the bones were visible they were carefully removed, cleaned, labeled, and packed away in refrigerated containers from CN Rail. 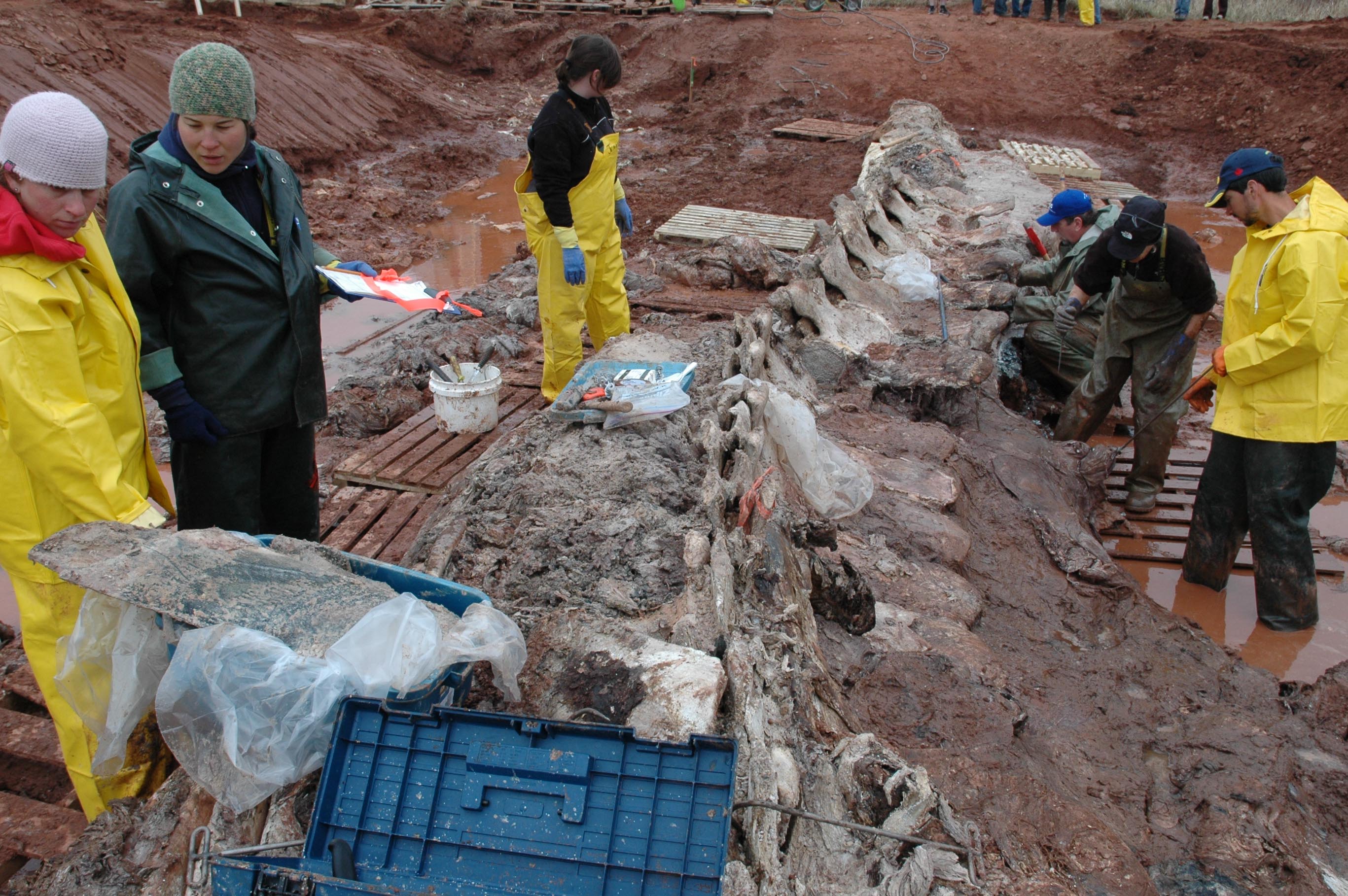 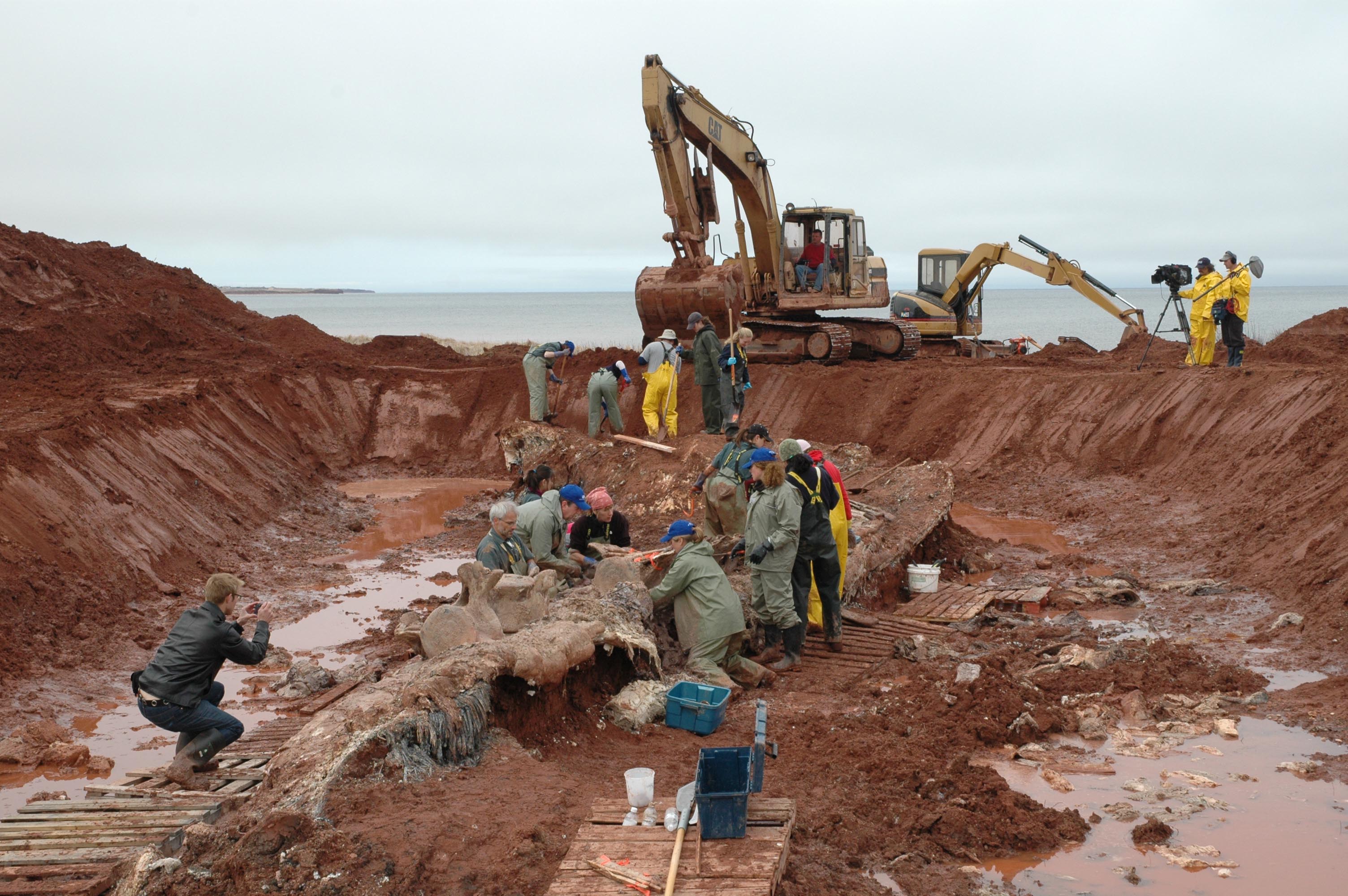 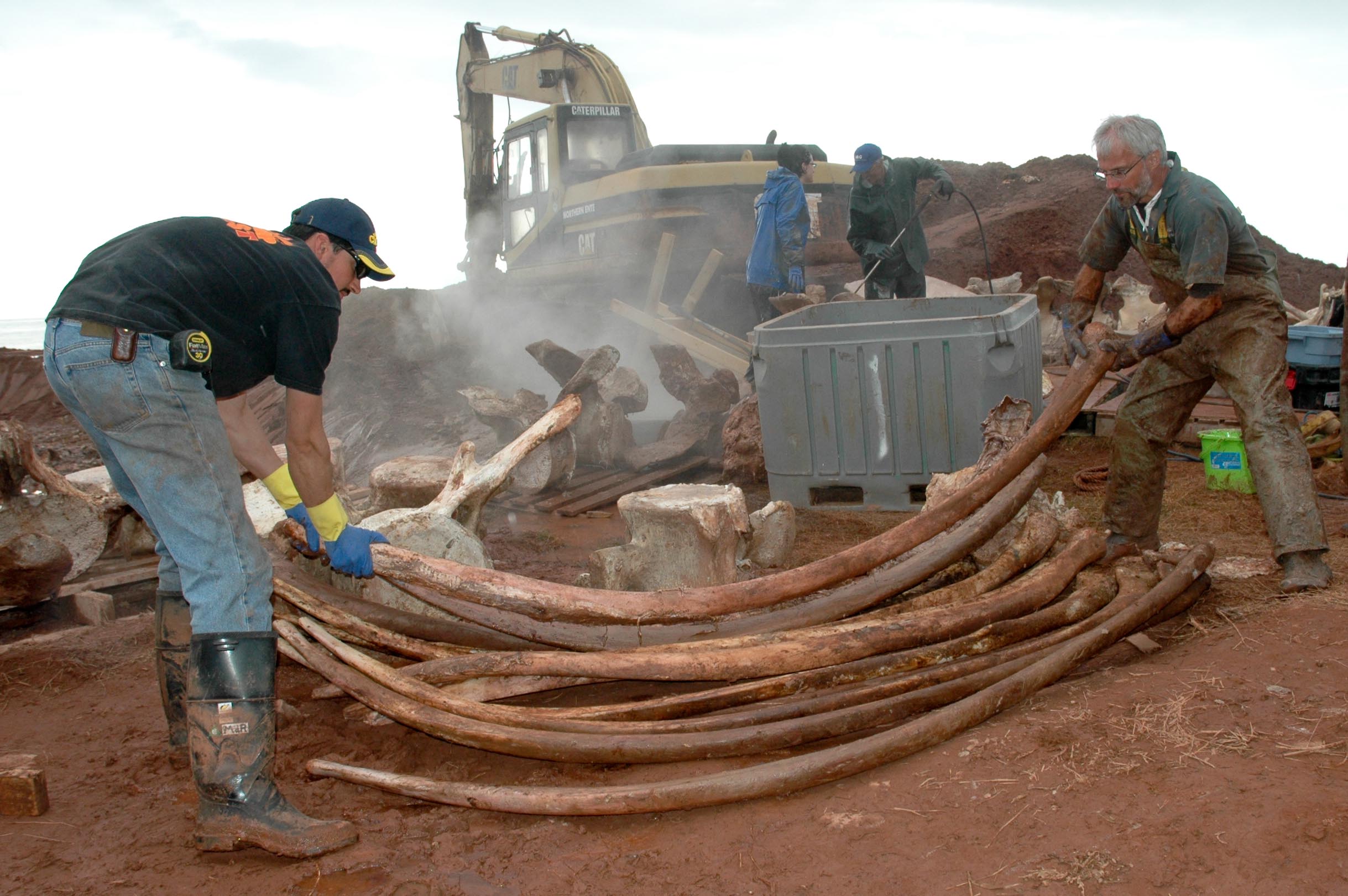 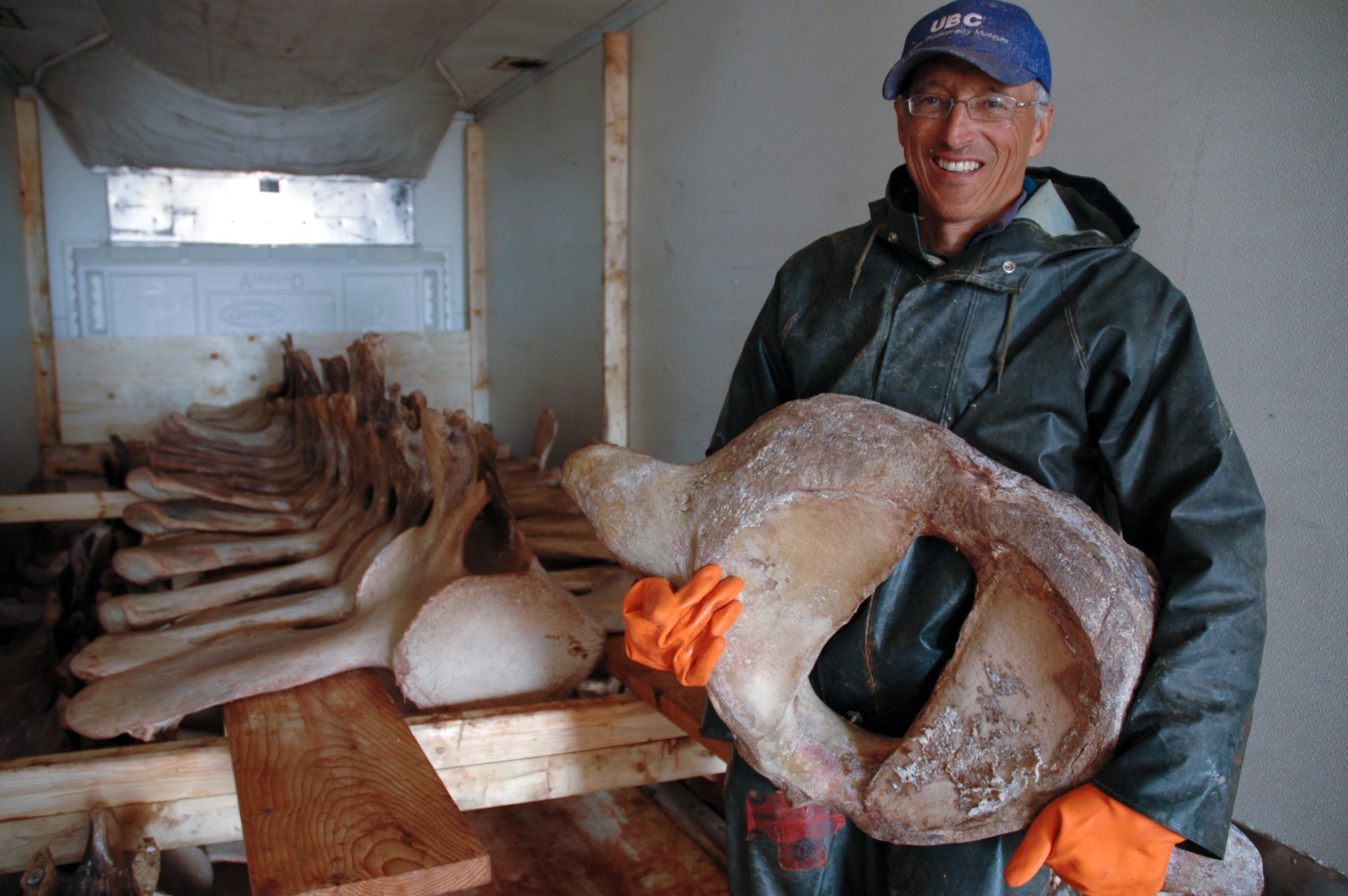