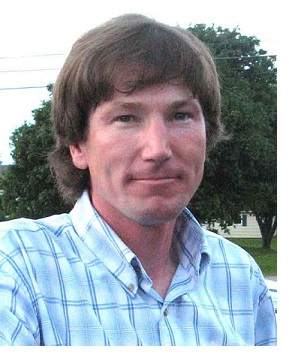 Eddy Quinn was born in Cardigan in 1973 to Merlin Quinn and Edna (Praught); he was the third of their four children. Eddy began his musical career at a young age of about six or seven, when his sister Ronita taught him to play the piano. Growing up there was always music in the Quinn home as Merlin was well known in the community for playing the fiddle. He played at a few weddings, lots of benefit concerts and kitchen parties. Merlin also taught Eddy how to play the fiddle. Eddie’s sister Ronita is quite musical and his other two sisters both sing. Merlin played for his own enjoyment but never recorded or made money from his music. Eddy remembers going up to Rollo Bay where the Chaissons of Souris had a free music program from the proceeds of the Rollo Bay Fiddle Festival. He got lessons there from a German woman named Catherine Dausmith.

Urban Outlaws spotted Eddy after he won an Island-wide talent competition on Bud Country. Eddy was in the contest with sixteen others and came in first. Eddy’s first paid gig was with Urban Outlaws at the Fortune Community Centre, and he remembers it well because a big fight broke out after. Eddy plays a little guitar, fiddle, piano, and bodhran which is an Irish drum but he mostly likes to sing. He has been nominated for an East Coast Music award and has won several PEI Music Awards including Vocalist of the Year, Group of the Year (Fiddlers Sons) and Country album of the year.

He has a bit of a ritual before he goes on stage, he always has a Tim Horton’s coffee double double and a bag of plain chips before as he finds the salt in the chips good for his throat. He has played with a number of different bands over the years including Urban Outlaws, the Johnny Ross Band, Old Habits and Fiddlers Sons. He sang with Urban Outlaws for five or six years and with the Johnny Ross Band for seven years.

Eddy's favorite musicians to play with are the current lineup of Old Habits because they are great instrumentalists with years of experience. Eddy can usually be found every Thursday night in the summer at the Kaylee Hall in Pooles Corner playing with Fiddlers Sons: John B. Webster, Garth Matthews, Eddy Quinn and Courtney Hogan.

Written By Betty-Anne Acorn from the memories of
Eddy Quinn