Kraft Canada (yes, the people that make Kraft Dinner) thought it would be a great idea to start a contest that ran across the country.  This contest would name the top hockey community in the country “Hockeyville”.  The title would carry with it an award of $100,000 in upgrades to the respective community’s arena, a “Hockey Night in Canada” broadcast in their town, and an NHL Pre-Season game hosted at their arena.  The top five communities would all receive $25,000 in upgrades to their arena, and a “Hockey Night in Canada” broadcast in their town.  This contest started back in 2006 and has run annually ever since.  There have been and will continue to be new communities crowned “Hockeyville” every year.  Naturally, when it first started, O’Leary stepped up to the challenge.

The contest turned out to be a reality T.V. show (it proceeded to be a Gemini Award winning show at that) that was broadcast on CBC.  It was sponsored by the NHL and the NHL Players Association.  What was asked of the communities that entered was to demonstrate their commitment to hockey.   They had to demonstrate community spirit, a passion for hockey, and love for our great country.  O’Leary had nothing to worry about!

A committee was formed, and the community was asked to write letters, decorate their yards, their homes.  People would go as far as to put stickers and flags on their cars, create monuments in their yards, and dress up their cats and dogs.  Schools got involved, and kids wrote letters by the dozens! Local businesses placed ads in their windows.  Commemorative hockey jerseys were fabricated, a DVD was made, and submitted, which documented everything about the community and its passion for the sport, its love for Canada, and of course, the close-knit community of O’Leary.  Notable hockey players from the community were interviewed, stating why O’Leary should be crowned Hockeyville.  Fact’s were mentioned such as how they had moved away, traveled abroad for school, or work.  But it’s the close knittedness and warm spirit of O’Leary that will always make them come home.  Fact’s like the town population only being 800, but the rink’s seating capacity of 1600 is met regularly when the Senior Maroons play.  Finally a simple statement was made.  “O’Leary.  There’s family, there’s school, there’s church and there’s hockey.  O’Leary, O’Hockeyville.”

One could argue, “Aren’t there numerous communities around the country named “Hockeyville””?  Yes, there are.  But, in every member of the community of O’Leary’s opinion, there is only one Hockeyville. They call it home.  So, the stage was set, the cards were dealt.  Hockey was everywhere you looked.  You could see it, you could smell it, and you could taste it.  O’Leary had to be a shoe in.

However, as fortune would favour it, after a long awaited period, the final five communities to move forward were announced. O’Leary was not in the mix.  The town was distraught.  Disappointment took hold, and a huge community spirit was temporarily K.O.’d.  But, O’Leary is not a community to stay down and out.  A realization came to mind, who said Kraft Canada had to have the final say?  Why should they choose which community in our great country is truly Hockeyville?  So the community claimed the title anyway.  O’Leary dubbed itself Hockeyville PEI, and all one needs to do is step foot in the town, and one can see, O’Leary is more than deserving of that title.   People held their chins higher, and everyone walked taller.  The spirit of Hockey was renewed.  The community came together once again, and pride was restored.   A new welcome sign was ordered to be erected.  One that read; “Welcome to the Community of O’LEARY.  Home of the P.E.I. Potato Museum, Home of the P.E.I. Potato Blossom Festival, Home of Hockeyville P.E.I.” 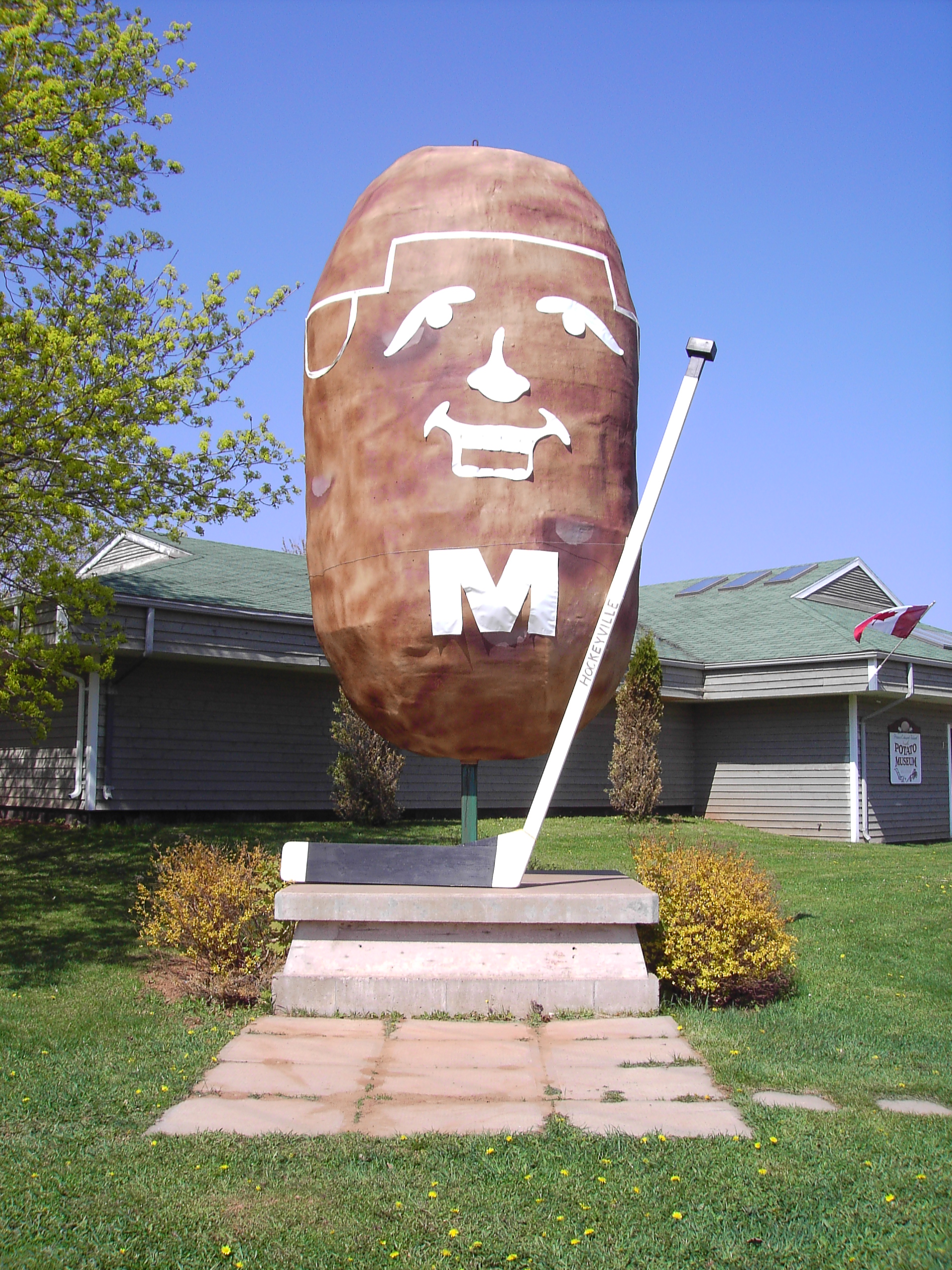 The Potato Museum was involved in the Hockeyville competition. 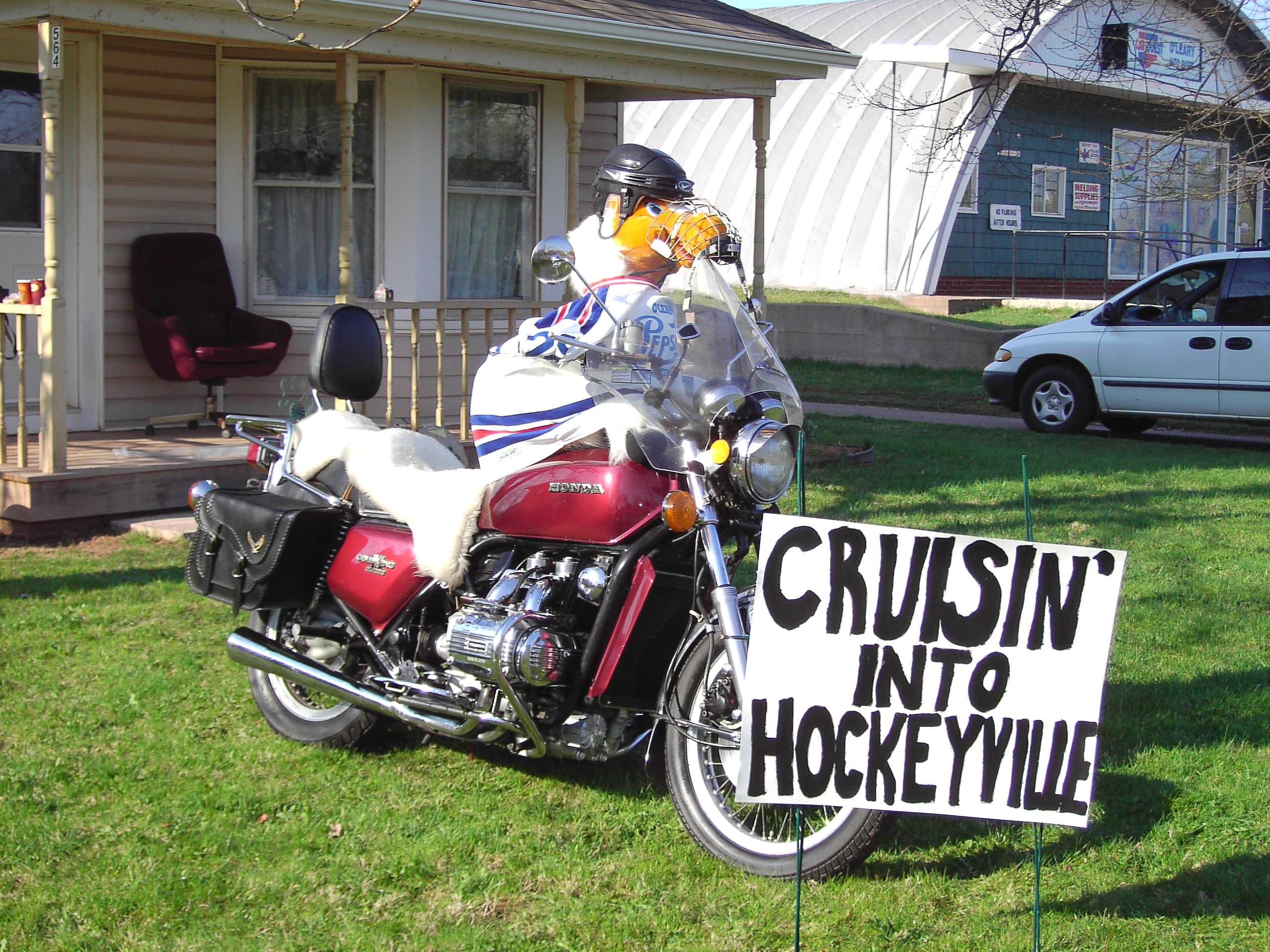