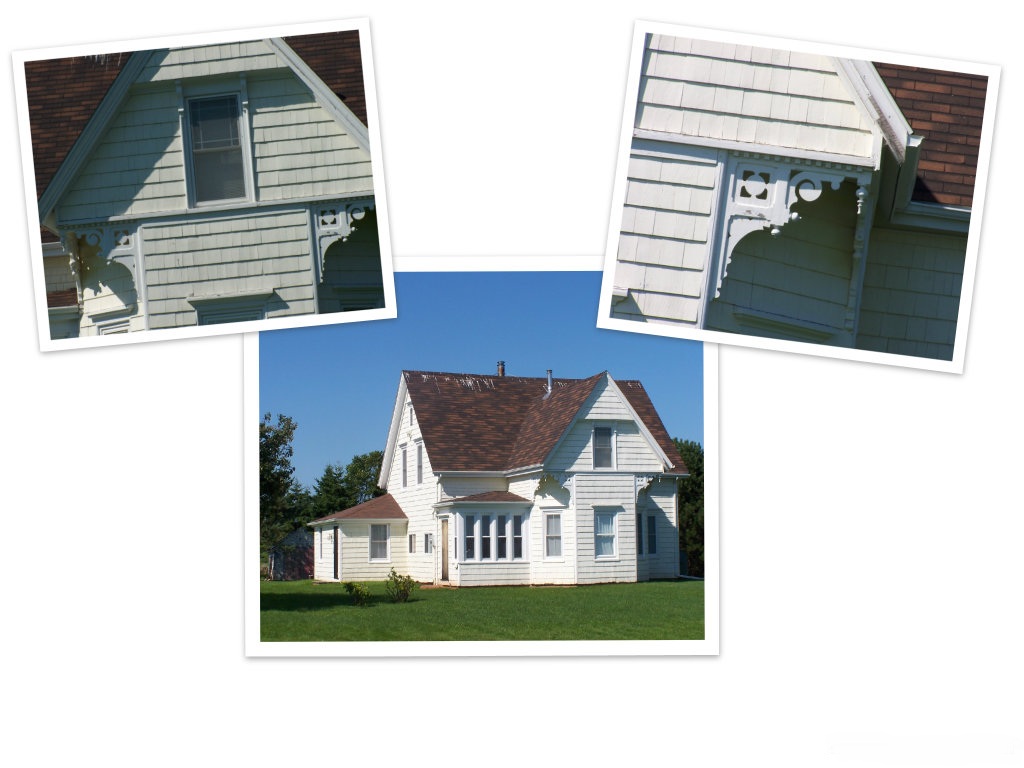 The Silas Sewell Robertson Farm House is a truly unique site for the Eastern Kings Area.  The house is one of a kind and stands out along the highway of more modern houses.  The Victorian-style house was built in a time between 1884 and 1893, shortly after Silas Sewell Roberston married Ms. Christina MacLean.

Silas was best known for his beautiful carpentry work; he also owned and operated a mixed farm.  Silas was responsible for building the East Point Baptist Church in 1903, the third church building for the congregation.

Silas and Christina had one son Walter, who inherited the Robertson home.  Walter owned a machinery business which he operated near the road on their property; he also continued to farm.  Walter married Ms. Marjorie Fraser.  Their daughter Walena inherited the house. She and her husband Stoffer Boertein lived in the house until 1989. They raised their daughters Boneta and Woneta in this house.

The house is intricately detailed with gingerbread decorations in the cantilevered corners.  The windows are rectangular adorned with square hood moldings.  The house, like many of its time, is a wood frame construction with wood shingles and a gable roof.  The house today still stands looking much the same as when it was built; it has, as far as anyone remembers, always been painted yellow.

Malcolm and Martie Carnie now own the home.