Earl Patrick DeCoursey was born on August 24, 1927 to Leo and Elmira DeCoursey of Milburn. He was the only child of nine that was not born in the family’s homestead. Earl was born in Lowell, Massachusetts at St. Patrick’s hospital and christened at St. Patrick’s church .He was known as having a nickname of “Patty” due to being Irish, having the name Patrick, and being born in St. Patrick's hospital. He arrived in Canada as an infant at the age of six months when his father returned to Prince Edward Island from Massachusetts due to the effects of the Depression within the city. Leo and Elmira returned to the family home in Milburn which was in the DeCoursey’s name for many generations. That homestead was occupied by Earl’s brother Cletus and family at the time. It burned down in 2008 due to a house fire and the family lost a great part of their history and many artifacts.

Earl attended the Milburn School, which was a one room school and was located a mile and a half away from home that he walked daily. Earl also went to St. Peter's Catholic church that was six miles away by horse and wagon. He would take catechism in the summer for two weeks which he attended daily and had the same hours as school.
In 1964, Earl met a lady from North Lake by the name of Noela Holland and they married on July 9th, 1964. After they married they moved to Corraville in the house that Earl still owns to this day. Noela was a teacher before becoming a stay-at-home mother for their two children Earla and Eric.

Earl can remember traveling the train to Charlottetown several times and paying a fee of seventy five cents. There was no close station in the area so a person would stand out by the train rail and wait for the train passing as they would slow down and pick a person up. Earl had many memories of the train including remembering how the mail was delivered in Midgell which is halfway between Morell and St. Peter’s. The train would slowly decline its speed but not come to a full halt and the person would throw the mail on or off the train. Earl can remember the inside of the train as if it was only yesterday. He notes that they were comfortable to drive in and there were always many people aboard.

When asked what Earl’s occupation was he laughs as he jokes that he “was a jack of all trades”. He worked in construction, as a woodsman, and at the Montague Furnishings Company which was located across from the post office (which now stands on Main Street that was a funeral home prior). Earl was also a bus driver in the sixties and continued that career for many years. There are even photos of him entertaining people by playing the guitar with Cosmas Sigsworth fiddling when he would work in the woods at Comas'.

Earl now resides at Perrin’s in Montague after leaving his family home due to illness. His wife Noela passed away in July 2009, and Earl remarked it would be two years this coming July. Earl looks forward to his son Eric’s nearly daily visits and daughter Earla’s trips to the island. He mentions with excitement that he looks forward to this coming summer to drive his 1928 Model A car as he was unable to last year.

People in the community know that summer is here when Earl Decoursey is seen driving in his unique and original 1928 Model A Ford. He has been point-to-point on the Island with this admired vehicle attending events each summer including several car shows, gatherings and parades. One summer he actually attended eleven parades within a few months. He has won many trophies, first place titles and bragging rights of the rare car. He mentioned that last summer due to health issues he was unable to attend the Cardigan parade for the first time since the parade began many years ago.

The Model A Ford was purchased from John MacLean of Montague in the 1960’s for a hefty price then of fifteen hundred dollars. Earl believes that the car was purchased originally from Abrams village, but has yet been able to track down the first owners. The car is the only one known on the Island of being in the original factory condition, it was never restored or remodeled. That fact alone gained my interest and appreciation for a vehicle with such a history. The only work ever done was a paint job of the original color black, the first time it was bought from MacLean. Earl mentioned, however, that the Model A Ford is not easy on gas, especially with the rise of gas mileage of today. In fact, it only gets twenty-five miles per gallon with the highest speed attainable of eighty kilometers per hour.

Earl was quiet throughout the interview but upon mentioning his pride and joy, he livened up with thoughts of this coming summer. Health allowing, you will see him out and about with the help of his son riding this remarkable vehicle. For me, this brings childhood memories of summer here and seeing the 1928 Model A Ford out on the Island roads. 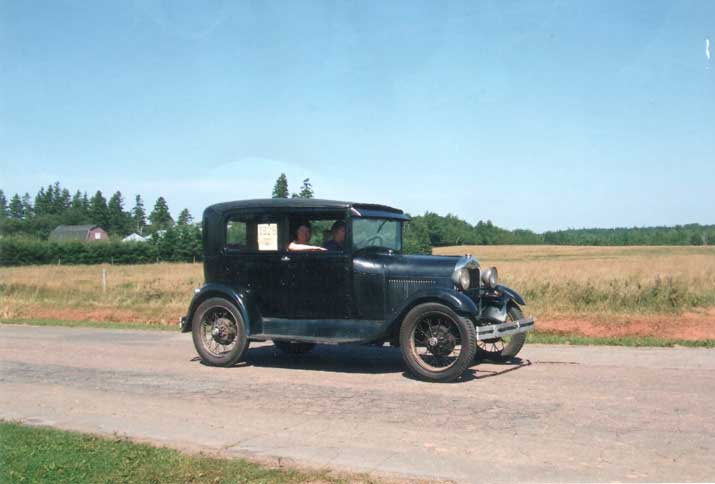 Above: The Model A "out and about" 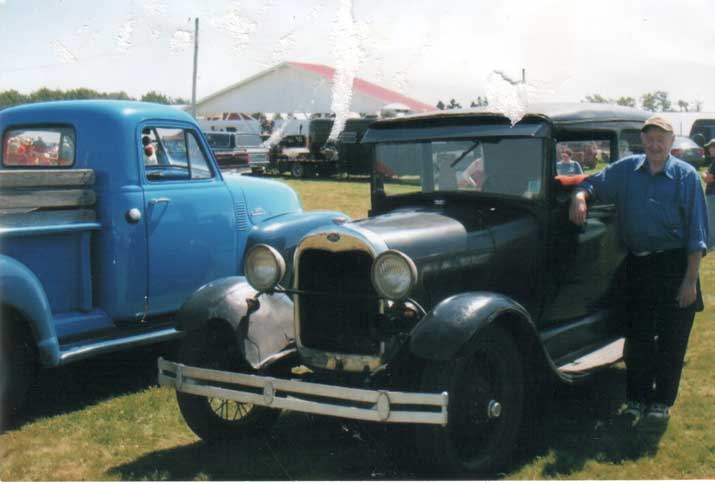 Above: Earl and his pride and joy 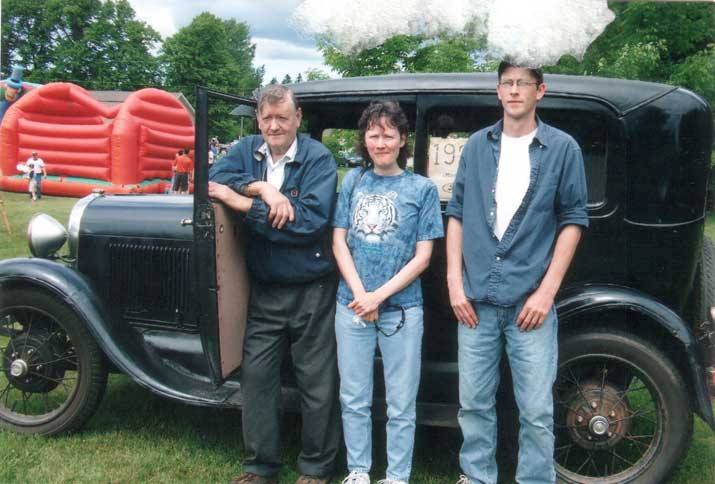 Above: Earl and some of his family at a Car show

Written By: Crystal Callaghan from the memories of Earl Decoursey