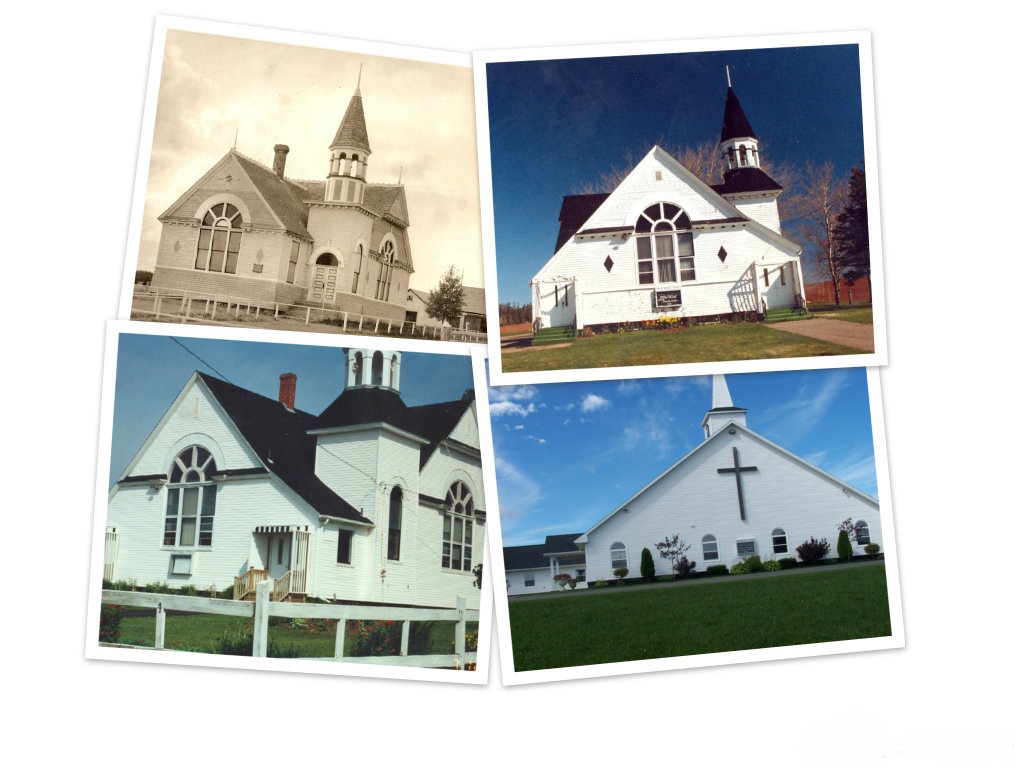 The East Point United Baptist Church, now known as Kingsboro Baptist Church first came to life in 1832, when the need for a suitable worship place presented itself.  The area settlers began with a meeting on January 6th, to determine where and what type of building they would create[i].  A year and a half later, July 1833, a church was complete, on land owned by Mr. Donald MacDonald and Mr. John Stewart.  This was a large undertaking for early pioneers, however they used what tools and means available to them to complete the structure.   Now, the settlers had a building and the next step was organizing the church and developing a congregation.  Before this time, many people gathered in households or in open air areas for prayer[ii].  Friday, July 12th, 1833 marked the first service held in the new building; this was a special service with the purpose of organizing church officers.  The seats in the church were organized in a way that the men sat on the north side and the women on south (men in the front, women in the back).

The congregation began to grow, so much so, that in December, 1857, it was suggested they start to build a larger more modern church edifice. It was decided that work would be completed as money became available so as not to be in debt when the church was completed; in 1864 the church was complete.  In the late 1870s a tall spire was added to the building, it was visible by both land and sea.   A third new building was dedicated in 1903; the congregation was out-growing the building yet again.

In 1907, the time came for cooperation between East Point Baptist Church and South Lake Disciples Church.  This began with several informal meetings, until finally it was decided that the congregations would start to work closely with each other, as well as share a pastor.  This continues to happen today, currently sharing the time of Rev. Alan Beck.

It was decided in 1999, that an addition needed to be added to the church building; this was to allow space for Sunday school and youth groups, and to make the building disability accessible.  The plans for this went as far as a sod turning ceremony; however issues continued to arise for progress to be made.  A final decision came in 2004, to construct a new building.  The first service was held in the new church in June 2005[iii].