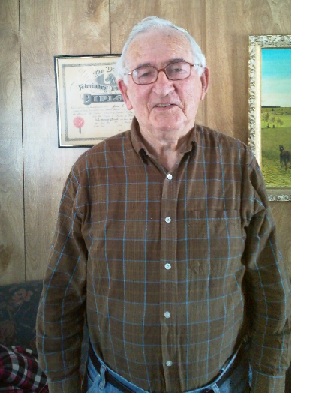 Peter Rice son of James Edward Rice and Elizabeth Irene Hennessey grew up on the 7 mile road. Peter was one of 13 children born to Jimmy and Irene, they lost one boy at birth. Peter was killed in a car accident at the age of 12. Peter and his brother Russell and John Campbell were walking a neighbor woman home when Stillman Acorn stopped and asked them if they would like to ride on the running boards of the car, so the boys hopped on each side of the car. Stillman drove down the 7 Mile Rd. until he almost reached where Irving Roche lives now, a truck came over the hill and struck the car killing Peter and injuring another one breaking his wrist.

Raymond has no memories of shipbuilding in Cardigan because it was over by 1920 and he wasn’t born until 1923. He does however have memories of the ships being loaded and unloaded at Cardigan Wharf and also 3 miles out. He remembers sailing a ship owned by the Compton’s of Bangor which used to be loaded with potatoes, turnips, carrots and sometimes cattle on the Cardigan Wharf. It would then sail to be sold in Newfoundland, then would go to St. Pierre Newfoundland where they would get a shipload of kegs of rum and sail back to the Island to sell it. It was illegal to dock the boat and sell it so they would stay 3 miles away from shore where the cops couldn’t touch them. Small boats would go out to the ship and load up with kegs of rum and ferry them back to shore, either for their own use or to resell. Alcohol back in the day was hard to come by because you needed a doctor’s prescription to get it from the liquor store, so many people made their own, local stills were common on the Island and bootlegging was always a business.

Three of Raymond’s brothers went off to war; Russell with the Canadian Navy who was stationed out of Newfoundland, Emmett was with the Princess Patricia’s Canadian Light Infantry and later with the Army Service Core. Cecil was with the Army Service Core and drove an ambulance. Emmett was stationed in Europe and Cecil was stationed in Italy. Cecil drove an ambulance and Raymond recalls him telling a story of when at night they would stop with the ambulance, they would get out and dig a trench to sleep in and one morning waking up and the ambulance being full of bullet holes. If he had slept in the ambulance he would not have lived. He doesn’t remember his brothers talking very much about their time in the war; Cecil came home on a medical ship because he had Tuberculosis, and spent some time after in a Sanitarium.

The picture below is of the medical ship in which Raymond believes Cecil came home on, he doesn’t remember the name. 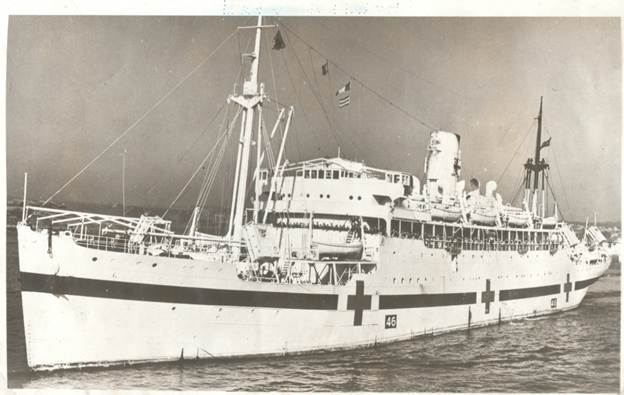