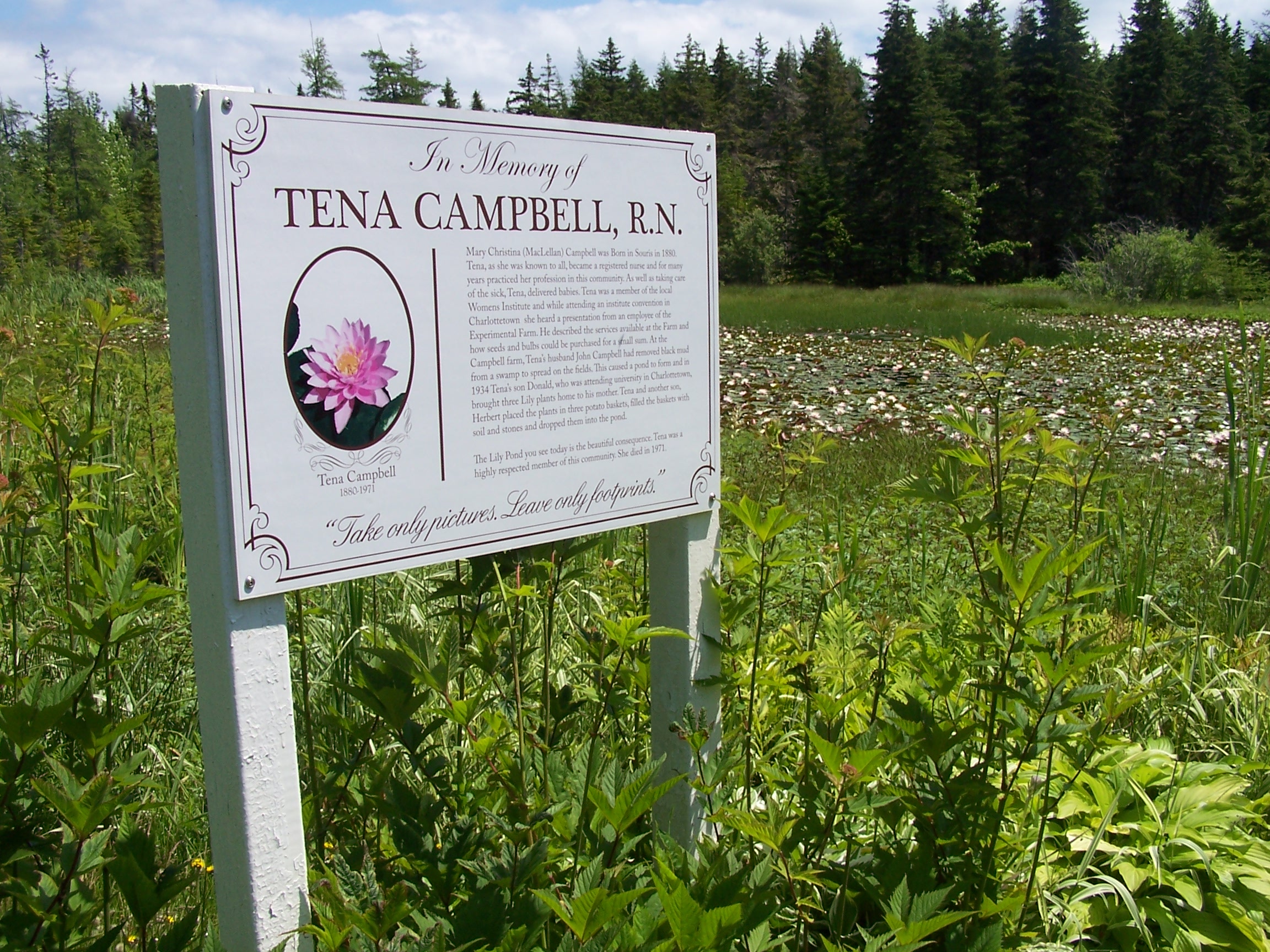 The Lily Pond at the south end of the East Baltic Road was built by Tina Campbell in the late 1920s. The plot of land, which was located at the north of the Campbell property, had been used by local farmers who used the rich black mud as a fertilizer on their fields. After it was left abandoned, Mrs. Campbell bought several bulbs from the Experimental Farm in Charlottetown and placed them in bottomless potato baskets which she put in the pond. Over time, the bulbs embedded in the mud and blossomed. The lily pads are the aquatic plant of the genus Castalia.

‹ The Big Elm up Historical Landmarks ›