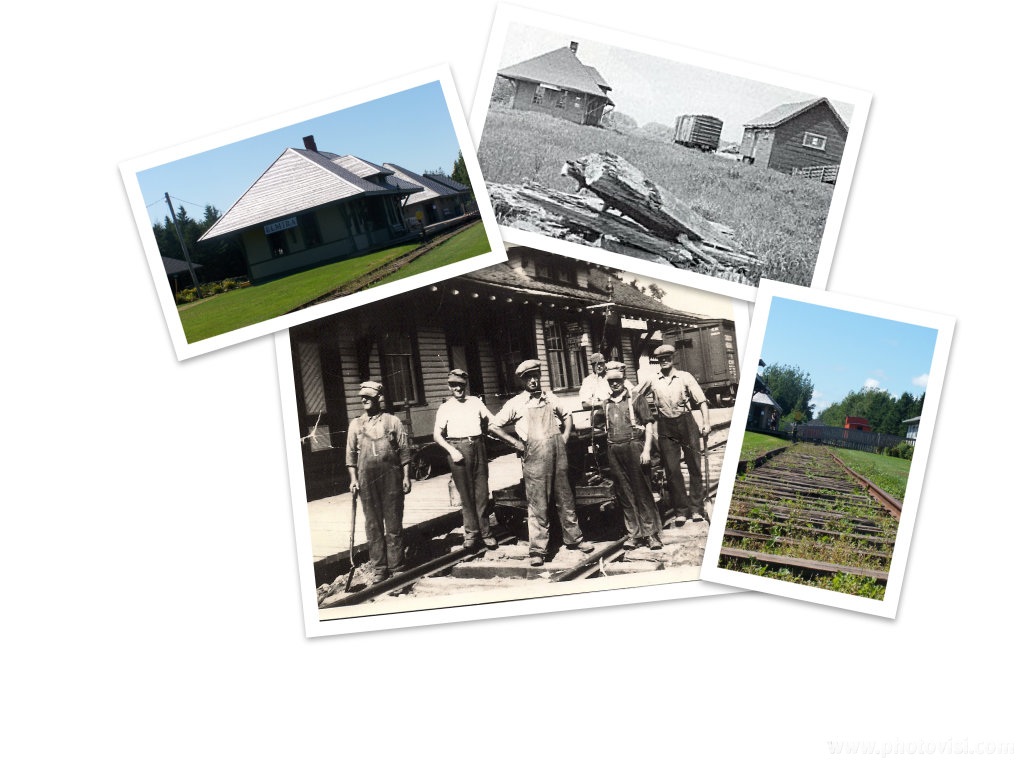 In 1875, the railroad from Alberton to Georgetown, including a branch to Souris, was complete. In December of that year, a public meeting was held at the Lakeville School to discuss the railway extending to the eastern end of the Island. Residents of the region were unhappy with not being connected to the rest of the province by railroad. In January 1879, a second meeting was held. The people of Eastern Kings were still determined that an extension of the railroad was necessary for the betterment of the area, so they drafted a petition to the government:

“Sir, – Whilst all other parts of this Island are alive and endeavoring     to obtain every accommodation that can be procured, both steamer and railroad, it remains a lamentable fact that we, the people of East Point, are entirely ignored by the powers that be – and there is never a word said, either in Parliament or out of it, to try to procure for us some means to relieve us from our present isolated position...”

It took forty years for the Elmira branch to be built, completing the Prince Edward Island Railroad.

In 1908, the House of Commons provided $31,000 for the Elmira branch. Work on the railroad started right away and it was hoped that the construction would be completed by 1910.

The original survey for the new branch went from Souris to Elmira. However, it was later decided that the line should go down the centre of the point from Harmony Junction to Elmira. In 1909, a route was begun by men who used Crosscut saws and axes to make a trail that was 100 feet wide. The next year, the route was graded by Mooney's of Peakes to build and level the bed on which the rail rested. Dynamite was sometimes used in the grading process. In 1911, the grading was completed and the narrow gauge track was laid in 1912.

The gravel used in the cement culverts was hauled from North Lake to as far as west of East Baltic. Then, after carefully testing the different sand in the area, white sand from North River (now Kingsboro) was selected to be used.

Two large stations were built at East Baltic and Elmira, with smaller huts located along the line at Connaught (now New Harmony), Fountain Head and Munn's Road. The Elmira Station, was built for $3,600 by F.S. MacDonald of Souris. On October 23, 1912, the Elmira branch was officially opened.

The first conductor was Thomas Stanley of Souris and the first engineer was John Millman.

In the winter of 1931, a train went off the end of the track, crashing into a barn full of horses on the other side of the road. The engineer, who worked rotationally throughout the Maritimes, was unfamiliar with the route and going too fast when he came to Elmira. A wreckage crew and crane were brought up from Souris and Charlottetown to clean up the mess. In 1935, new regulations were put in place in which engineers had to be familiar with the route they drove on.

The last passenger train to Elmira was in 1967, while passenger service across the Island came to a halt in 1969. The last years of the rail were used exclusively for freight. In 1972, Elmira was one of 16 stations to close all together. The following year the station was acquired by the P.E.I. Museum and Heritage Foundation.

For the full history of the Elmira branch railway, including personal stories and photos of the railroad while it was in operation, please visit the Virtual Museum at the following link: http://www.virtualmuseum.ca/pm_v2.php?id=story_line&lg=English&fl=0&ex=00000466&sl=3567&pos=1