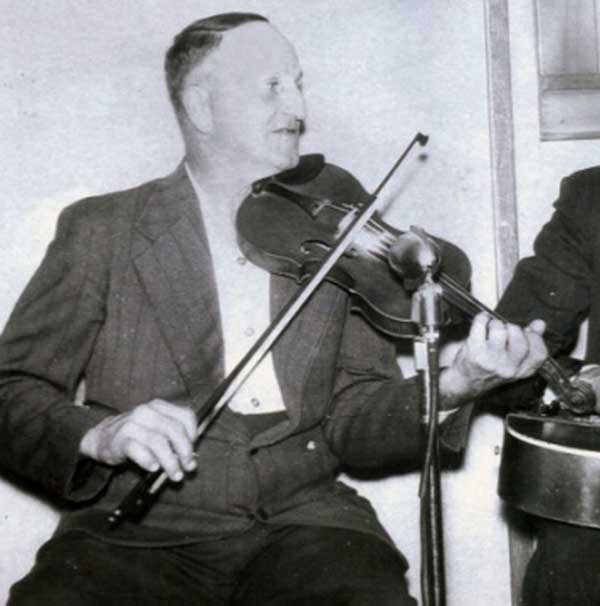 When conducting various interviews, his name has been one of the most popular amongst the entertainment community. He also would have been the most active fiddler of his time playing seven days a week throughout the area. Jack was born in Cardigan to the parents of John and Sarah Webster. The Webster’s are known in the community and Island wide for their family's musical talent. The family has carried on two legacies of mail delivery and music talent. Jack Webster married Ellen Birt and had four children: Georgina, Stanley, Jackie and Carl Bruce who have all continued the family musical tradition. Jack was also known as “Popeye” to his grandchildren.

Jack first became interested in the violin at the age of six. His Grandfather was the first person to spark Jack’s interest in fiddling. His grandfather was a carpenter that made Jack a shingle in the shape of a fiddle and made him a bow out of horse hair. He received his first fiddle when he was around 10 years old. He never had lessons in order to pick up the tune of the fiddle, but he was naturally gifted and picked it up on his on from other players and the radio.

Because of an injury to his finger, Jack only had three fingers to play with as a child. This made him unable to play in B-flat. Any tunes that had to be played in the B–flat he would switch to C. He used the high bass tuning for many of the tunes in A and this acted as another finger for him to have on the back strings. One of Jacks trademark songs came from this mishap as he used high bass for “Big John McNeil" and his version of that tune became his own. When he regained use of the finger that he injured he never again used it and stayed with the three fingers.

Jack was known to be able to learn a tune very quickly and had a large repertoire of tunes, most of which he did not even know the names. He would learn tunes from the radio by fiddlers who played in Antigonish and Sydney such as Colin Boyed, Hugh A. MacDonald, Tena Campbell and then in later years Angus Chisholm.

His first live gig in public was when he was twelve years old at a local house party. He had to finish the set because the fiddler of the party became too intoxicated. He was often called "Webster Orchestra" whenever he started going out to dances and various people would pick up an instrument and play with him. This launched his lifelong fiddling career.

Jack played for six dances a week during the summer in venues such as Vernon River, Montague, Lower Montague, Fortune, Morell, Dunstaffnage, St.Peters, Cherry Valley, Lorne Valley, Southport, Souris and many other areas. .

Jack played up until he became ill. He passed away in 1974. He will always be remembered for his fiddling in the community.


Written by Crystal Callaghan from the memories of John B. Webster, and Sonnie Webster

‹ The Rubber Boot Band up Webster, John B ›