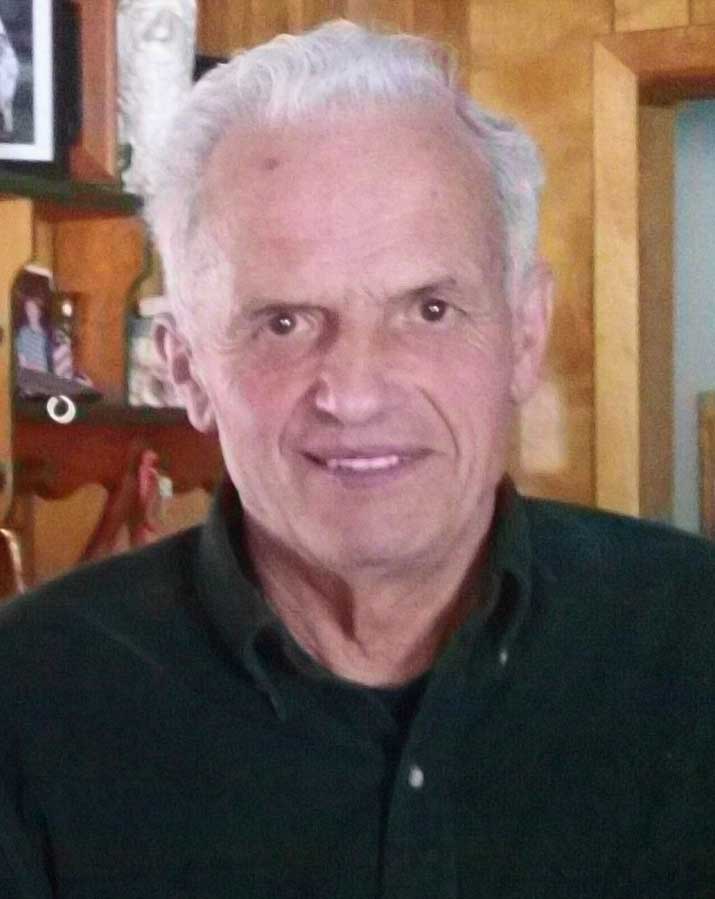 George Ployer was born in Cardross in February of 1938 to John Allen Ployer and Marion (Birt); he was the second of four children. When George was four his family moved to the property where he currently lives on Martinvale Road, his father had a mixed farm there which he then took over.

He married Mary Blue in August of 1962 and raised four children with her Glen, Gail, Scott and Janice. He remembers his eldest son was quite fond of his grandfather John Allen Ployer and would spend a lot of time at the grandfather’s house or traveling with him.

George is a great supporter of his local church; he was the treasurer of St. Andrew’s Presbyterian for forty years and took offerings for nearly fifty years. He is also an elder in his church for forty years, an elder being essentially the body of the church that runs things. He recently gave up his position of treasurer, it is now being done by his neighbor Sandra Myers. He credits the Ladies Guild for raising a lot of money for the church through fundraisers, lobster suppers, potlucks and they are good to work together to get things done and they provided the baked goods for after funerals.

He recalls when they used to have a party line and his Uncle George wanted to see who was listening so he told someone that a minister was coming to visit. They needed to get the hall ready for him, so when they got to the hall on the night in question it was full of people and the fire was going. They couldn’t claim they weren’t eavesdropping and when they were told the minister wasn’t coming and it was just a test to see who was listening.

He has three grandchildren Nadine and John who are Glens (deceased) and Eve who is Gail’s. His daughter Gail is a teacher, and his son Scott is an Electrical Engineer in San Francisco. His other daughter Janice works at DVA in Summerside but has traveled/worked in Japan, Scotland, and New Zealand and has run the Boston Marathon and is a quite avid athlete.

George’s wife Mary passed away and he later married Mabel Lauren Maclean of North Lake in November of 2001, they live together on the homestead with a seventeen year old cat for company. 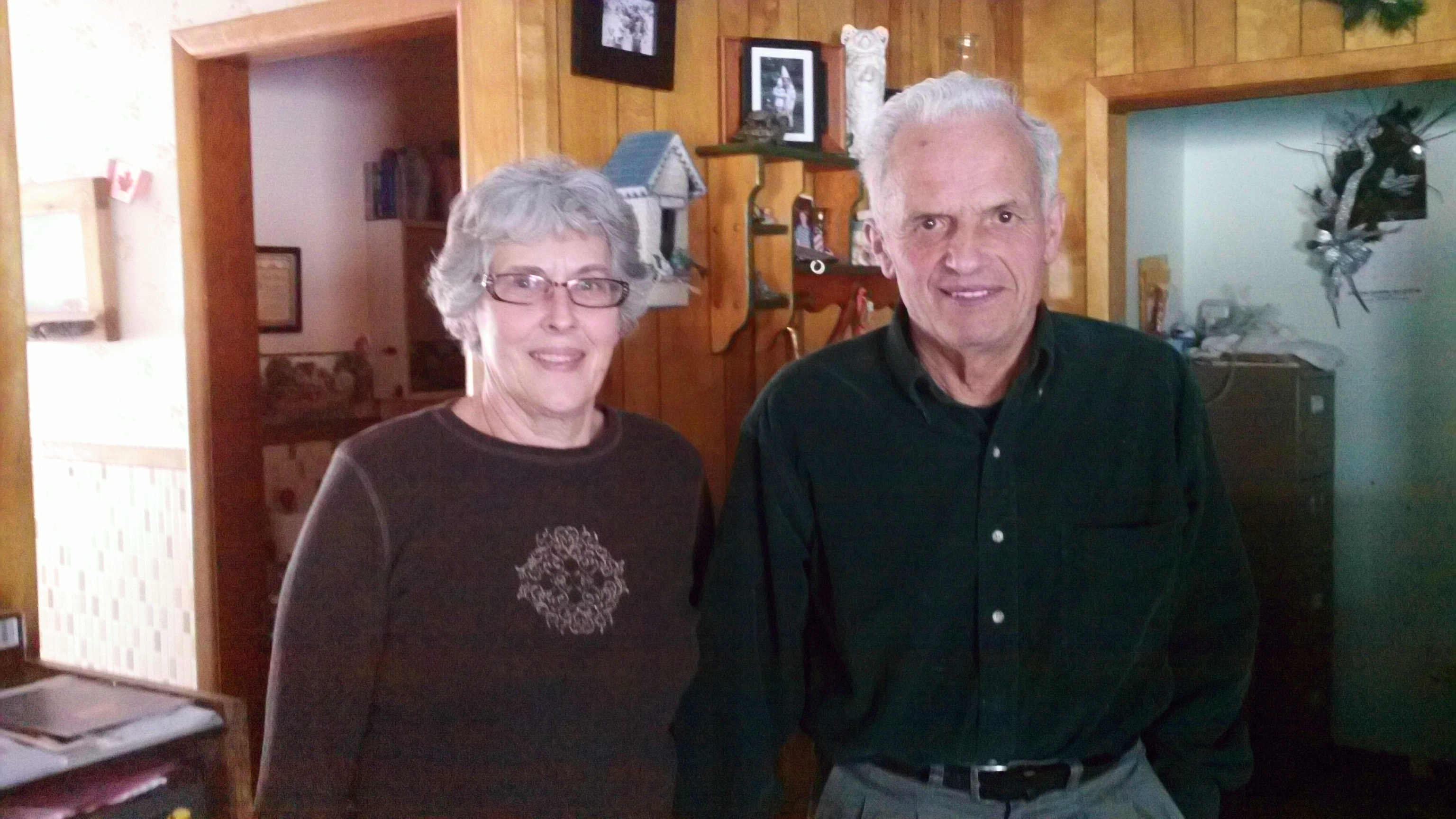 Above: George and Mabel 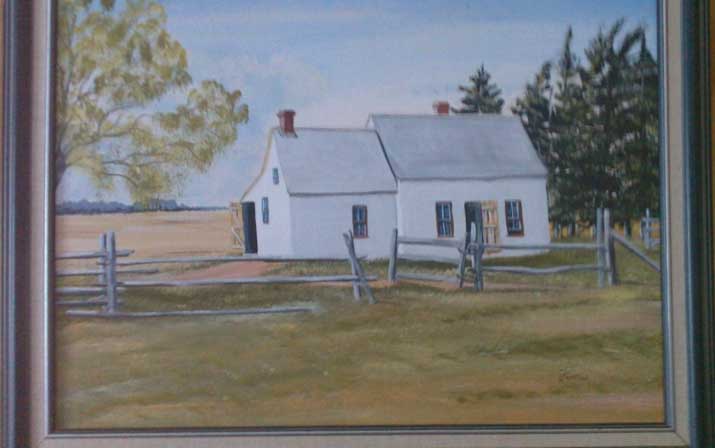 Above: A painting of George's Homestead Growing Up 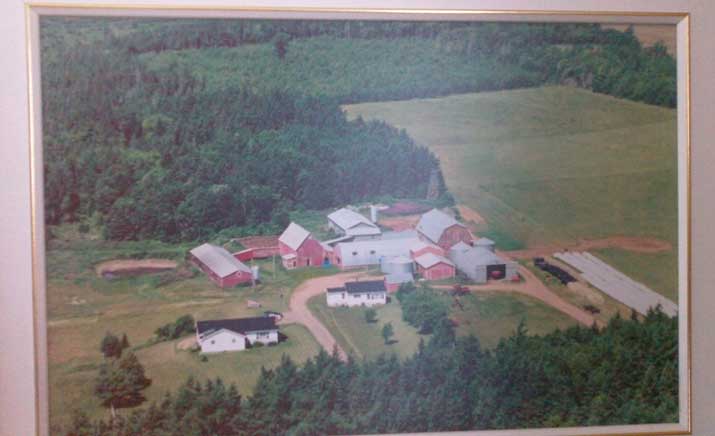 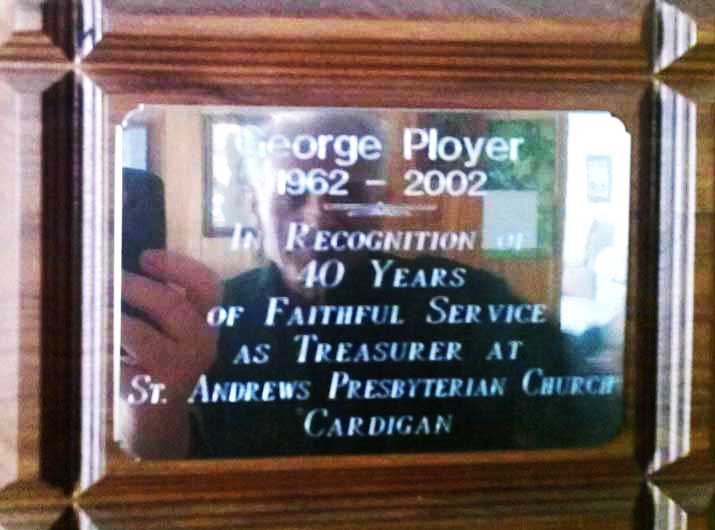 The above Plaque Reads:
George Ployer 1962-2002
In Recognition of
40 Years
of Faithful Service
As Treasurer At
St.Andrews Presbyterian Church
Cardigan

Written By Betty-Anne Acorn from the memories of George Ployer