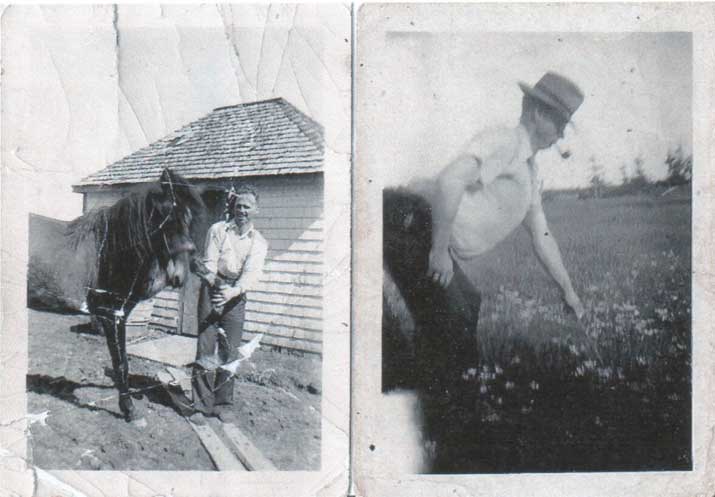 Walter MacLeod was the son of Donald Neil and Flora MacLeod of Lorne Valley. Walter was known in the community by the nickname “The Entertainer.” He would perform impersonation acts for people in the community of different statue. Vernon MacDonald, who owned a radio shop, once did a recording of Walter at the Lorne Valley School. The recording was impersonating several school board trustees from the area. If you listened to the recording or were outside the school you would believe that there were indeed several people at this meeting. It was said that even the trustees found this amusing and entertaining as Walter had done an excellent job. Joe MacAulay once said that you would have to get a seat early on a Friday night at Donald Neil’s house in order to see Walter's act. Walter was also a very well-known carpenter and cabinet maker in the community. One of Walter’s projects was helping to build the Lorne Valley School.

Written By: Crystal Callaghan from memories of Basil MacKay